Herein lies the “blog” for the TEL 9 course, which, as you can see, is about to be updated for the first time…ever! With only one month to go. Sorry about that! So really, it’s more of and overview than a blog, what with the lack of regular updates and amusing photographs, but you get the idea.

At the moment we are at an ancient Mayan ruin called Lamanai, doing our Advanced Medical Training (the obvious place to do it, no?!), while thatching a palapa with bay leaves and swimming in a crocodile-infested lagoon. But more on that later – let me start from the beginning (a very good place to start)… 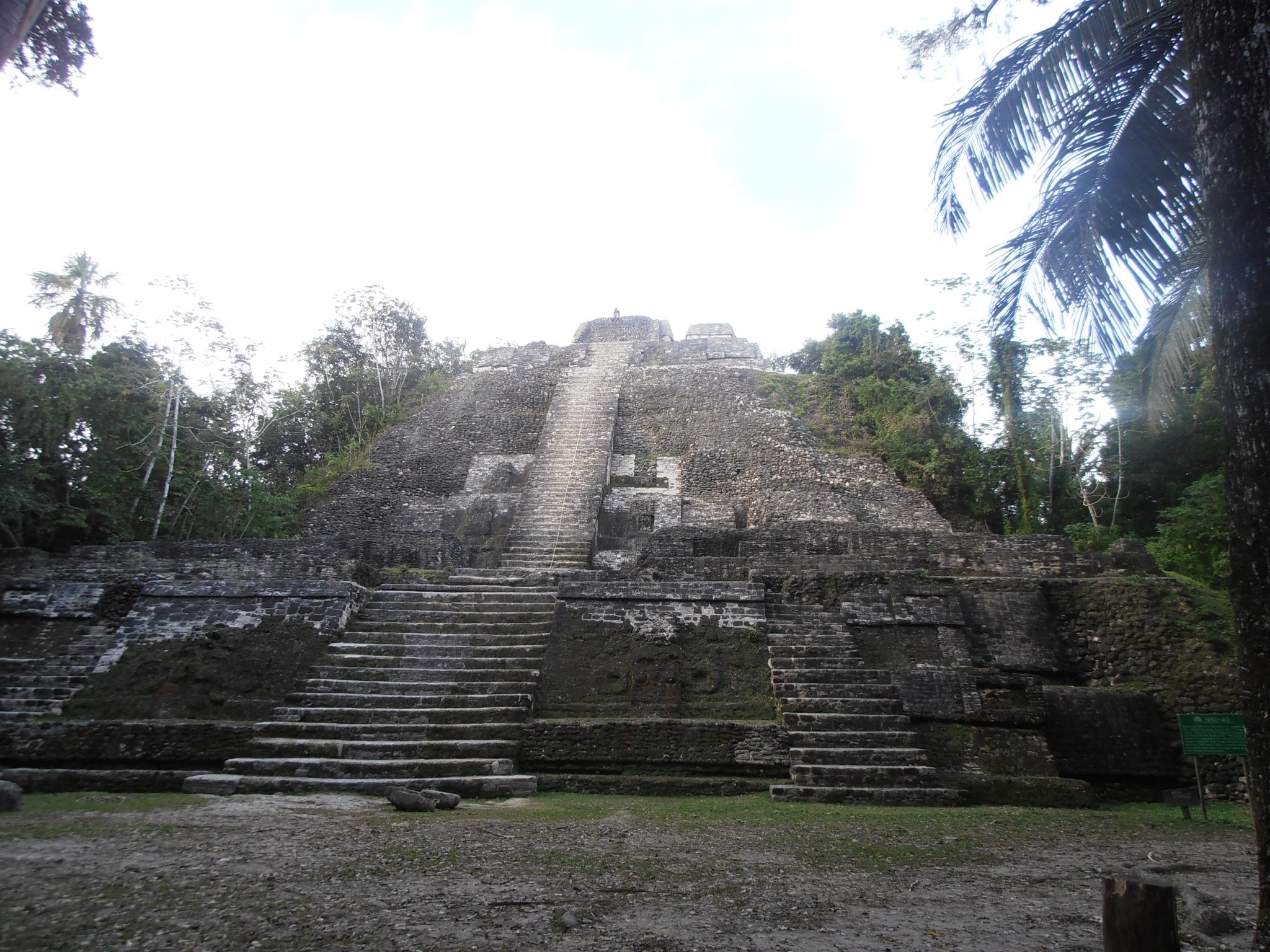 Basically, there are five of us on the TEL course, so I’ll begin with introductions:

Hugo (27): The brains of the operation. Has spent the last four years out at sea on booze-free oil rigs so makes up for 48 months of no-drinking every time we go into town.

Laura (23): Token girl. Cries a lot but tells the jungle who’s boss when she wants to.

Tom (18): Source of constant amusement, though often not deliberately. Once made tea-porridge. Disaster.

Johnny (21): Token Northerner. Can machete down ten trees in as many seconds.

Humph (24): Advocate of annoying whistle-tunes. Likes to moan a lot. 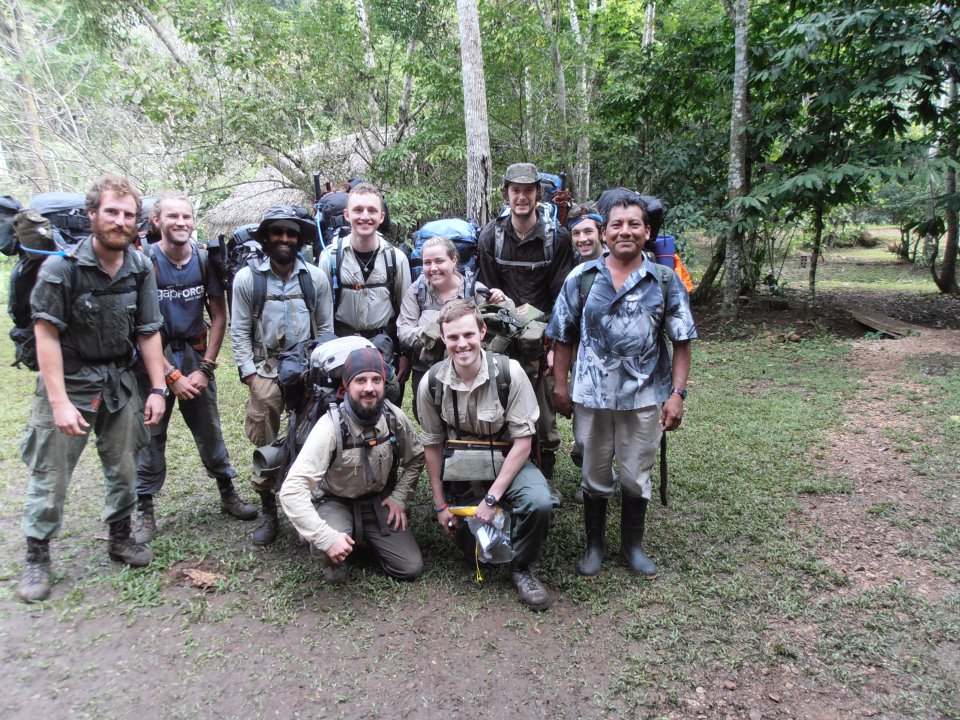 We all arrived safely in Belize after a ball-freezing fortnight in Wales, met Boo and Jodie (our fearless leaders) and were whisked straight off to Elijio Panti National Park for some rainforest action! On the itinerary was the basics of jungle life, from learning machete skills to lighting fires, recognising dangerous flora and fauna to basic navigation skills, camp hygiene to basic first aid.

I think the idea was that we’d ace all of these pretty quickly. In reality, however, we ended up slicing wrists open with blunt machetes, getting severe smoke inhalation while trying to light camp fires (disproving the saying “there is no smoke without fire”), having to remove Bastard Tree spikes from various body parts, and going to the loo with our eyes shut in a vain attempt to pretend there are no tarantulas around (actually, it was mostly Laura that did this, but she asked me to say we all did!), burning poo-rags and dressing up like mummies using bandages from the first aid kit.

We were being taught by the TEL 8s and the looks on their faces by Day Seven was not encouraging. For anybody. But hey, they say practice makes perfect, so practice our new-found skills is what we did…

The three remaining Laura-less days were a pleasant, scenic delight that involved camping in orange orchards and lazing by meandering rivers, finalising in a visit to the impressive Xunatnunich Mayan ruins. Suffice to say, had the days been reversed, I suspect Laura would have stuck at it…

This week we headed back to Elijio Panti to practise the dreaded Basic Jungle Skills before a group of trekkers arrived to join us for the upcoming six weeks.The reason we had to practise the skills was because we were to teach the new arrivals everything we knew. Which at this point, wasn’t much! And so, within a mere matter of days, Johnny became a machete-wielding knife expert, Tom transformed into a skilled pyromaniac, Hugo could navigate by the stars, Laura would be able to find you if you were a needle in a haystack, and Humph became the Lawrence Llewelyn Bowen of the jungle camp world! The trekkers were about to meet the newly-entitled (self-proclaimed) experts in jungle survival.
After much anticipation, the group of six jovial 18 – 27 year old guys arrived, plus a half-Russian-half-Australian girl named Olga who, I’m pretty sure, signed up for the trip by mistake! We all got on swimmingly and the teaching went by without a hitch.

“STOP! STAY CALM! Put-your-hands-above-your-head-and-I’ll-throw-the-rope-over-your-head-When-I-do-so-grab-it-turn-around-and-I’ll-pull-you-in!” was all we seemed to say, or rather shout, for an entire two days during this week. For why? Because we had our first assessment (cue dramatic music); The Throw Line! 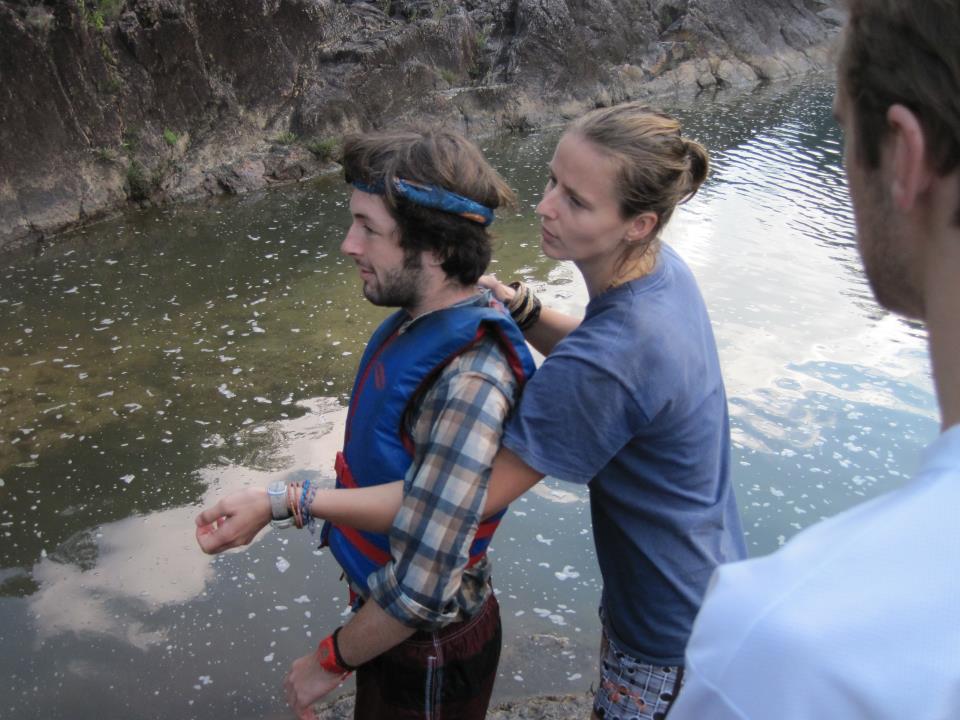 The Aim: to rescue a drowning swimmer from the incredible jaws of the Five Ladies of the Forest Waterfall with a bag on the end of some brightly coloured string. We practiced on land first and, as it turns out, it’s a lot easier to throw stuff at a non-moving target on terra firma than it is to throw something at a flailing victim rapidly being swept downstream! Anyway, we all passed after (at least) one attempt, managing to prevent any deliberate drownings.

This week culminated in (cue even more dramatic music)… our first solo night in jungle! We all (trekkers included) got waved off by a teary Boo and Jodie (it was much like a proud parent waving off their first born on their first day of university) and sent into the rainy rainforest to fend for ourselves for 24 hours with just our hammocks and machetes and a bit of food. Much fun was had by all and everybody returned with excited faces and interesting stories of how they passed the time and kept the mischievous jungle imps – “the duendes” – away (enter Tom and his tea-flavoured porridge)… 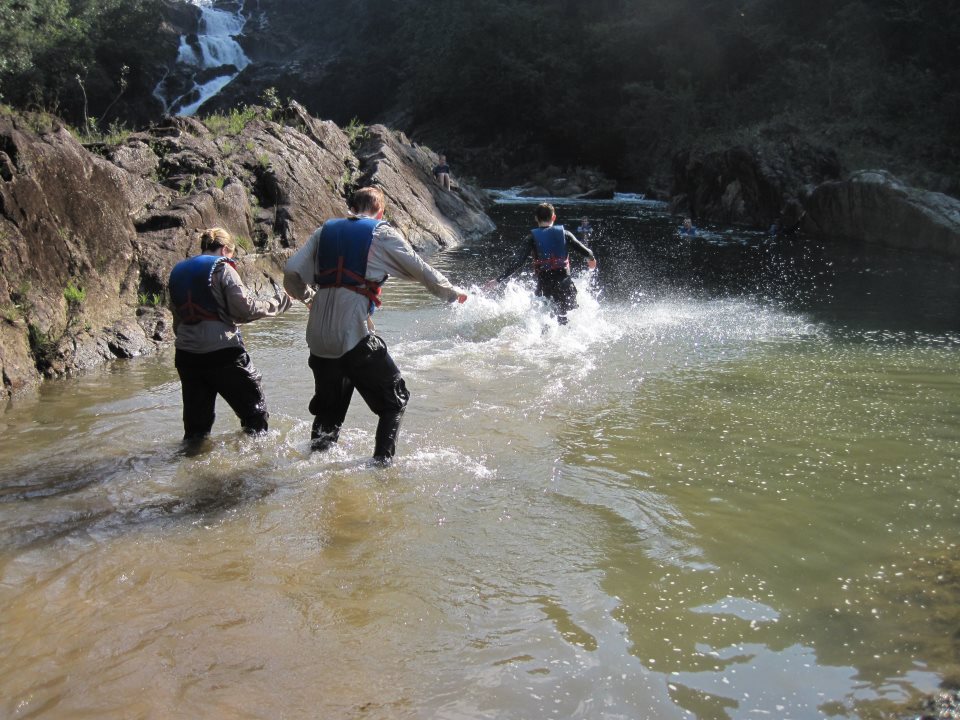 If you’d like to find out more about the Trekforce Expedition Leader Training Course or would like to take part then check out the Trekforce website, email info@gapforce.org or phone the Head Office on 0207 736 2769