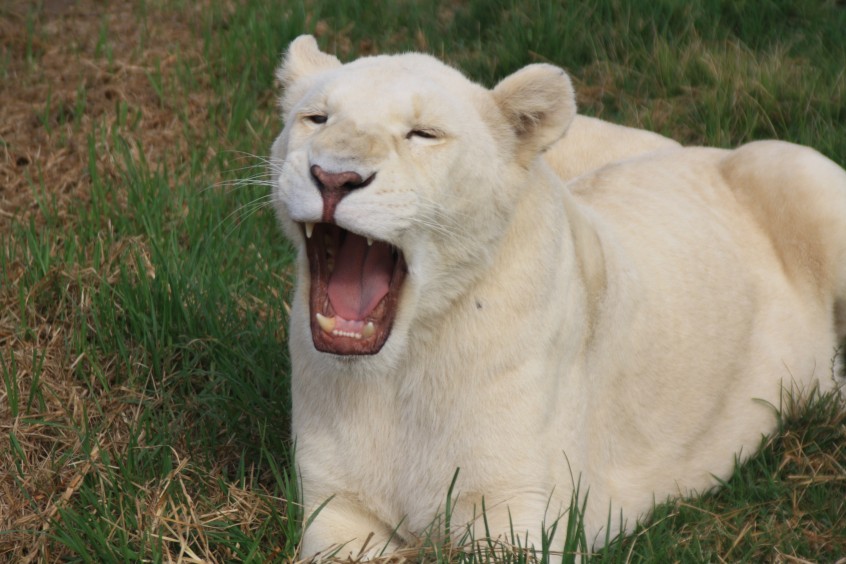 Our first night at the Private Game Reserve, we immediately felt extremely overwhelmed surrounded by many new faces, noises, and smells. The first night didn’t consist of much sleep with the bats flying around our heads. The upside to not sleeping are the stars and the lions roaring. The combination of the two senses were such an amazing thing to witness. Our first full day Fran and I and the other ‘newbies’ had our orientation and we learned about the adventure we were about to be apart of. We also went for our first game drive where we were lucky enough to see the rhinos up close, as well as zebras, impalas, wildebeest, a hippo and water buffalo. Our game ranger, ‘Lucky’ was so informative and told us interesting facts such as how Impalas can prolong or terminate their pregnancy depending on if there’s a drought. On our first evening we were fortunate enough to be able to watch a traditional xorsa dance show. The group of girls who arrived with all became fast friends.

On our second day we got to work; we woke at 7 am and our first task was to patrol and check the electric fences around the predator enclosure with ‘Talent’ our game ranger. After a huge breakfast we travelled out into the reserve to cut down alien vegetation, though it was hard work in the heat it was pretty fun cutting down trees with machetes! The highlight of the day however was our visit to the Elephant sanctuary – even though it was pouring with rain, we were both so excited at the prospect of being up close to our favourite animal. We were able to spend time with the elephants, help feed them and then after watch them play in the rain.

The rain continued the next day, it was so bad that that morning we went on a drive to inspect the damage done to the roads. However the weather improved after breakfast and we travelled to a primary school in ‘Seven Fountains’ where we would be helping give them lunch and then spend some time with the children – the children were so lovely and playful and even performed so songs and dances for us. We definitely didn’t want to leave! After lunch the rain has stopped so we set out to help repair damage to the roads. Randomly some of the boys offered us some termites to eat, surprisingly they tasted pretty good, kind of minty!

We get the weekends off, so on Friday after a morning of work (fence patrol) we went back to PE. We spent the weekend relaxing, shopping at the Boardwalk (where we also watched a light show) and going out for a few drinks and cocktails at the Beershack – where we were also lucky enough to party with the England cricket team who played against South Africa that day in Port Elizabeth, and won! 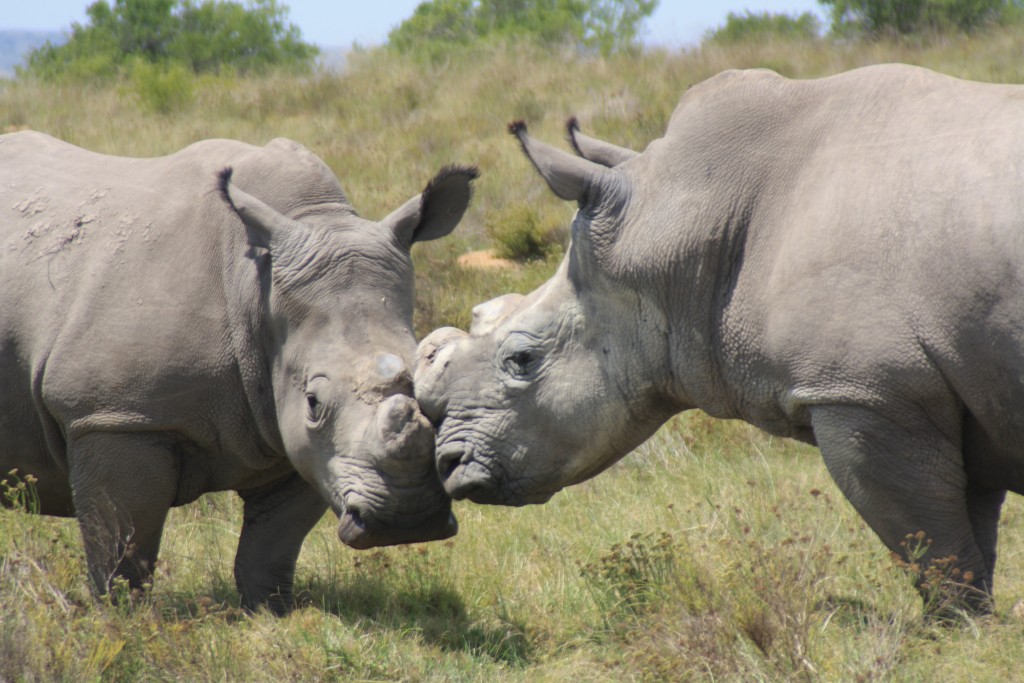 On Monday we were back at the game reserve, ready to work. Our day began with a game drive where we finally saw the elephants. We also had a really interesting talk later in the day given by Dr Ru – the game reserve’s vet. The talk was about rabies and we were taught about signs, symptoms and the type of animals that carry it. Terrifyingly we also were told that apparently only six people have been known to survive clinical rabies! Later that day we went fence clearing – cutting down trees and bushes in order for new fences to be built – was pretty hard work!

Visiting the predator camp the next morning was super exciting – we were able to get close to lions, tigers and cheetahs (even a white lion) who were in rehabilitation or were not ready to be released into the game reserve. For the rest of the day we chopped trees in the elephant sanctuary so that they could be replanted back at the main reserve and then also went on another game drive. 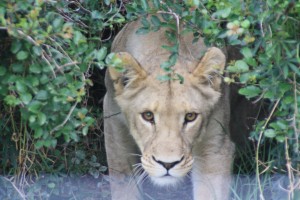 We replanted the trees we cut down the next day – it was very hot so we could not work for too long! As we finished early we were able to chill, sunbathe and swim in the pool before lunch to cool off. That afternoon we went on a game drive and finally saw the reserve’s lions, including the dominant male Zulu. Later that evening we went for a night drive and attempted to witness the lions hunting but as to not  get in their way we had the lights turned off and we were able to watch the most beautiful stars. After the night drive we went to bed as we had to wake up early for our dawn drive. Again we saw the lions and for the first time we saw both the male lions and all of the females together really close to the vehicle. It was our last drive so all of us were, if not falling asleep, were reminiscing of our time at. We had the rest of the morning off where we packed and said our goodbyes before we left for the weekend. Even though it was only two weeks we became very close we a large group of people and it was hard to leave. Once back in Port Elizabeth we spent our last day with our friends shopping and hanging out. Later on that night we went out to dinner for a farewell meal and then on to BeerShack for the last time. The next morning we reunited with Chelle and Warren and spent the day relaxing, having a Braai and saying our goodbyes, before our early trip on to Jeffrey’s bay.