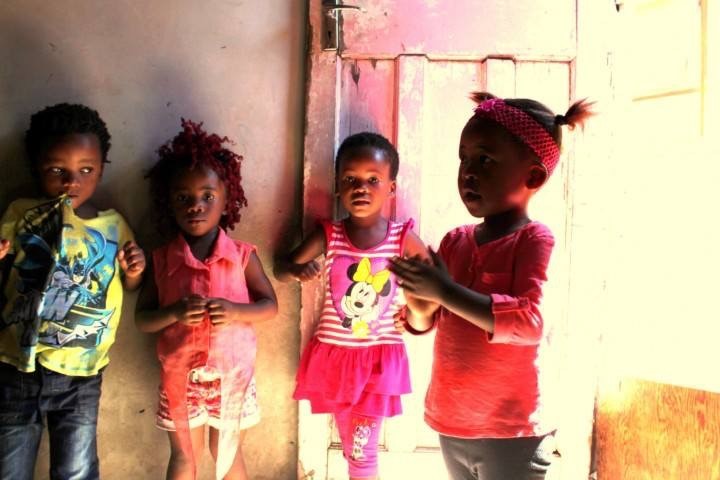 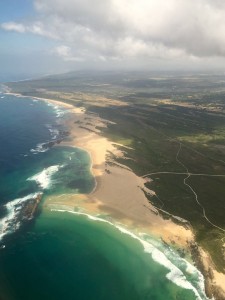 As we flew into Port Elizabeth we were greeted by magnificent views of its stunning coastline; golden sandy beaches, rocky shores and pristine blue water. The airport is very small and dubbed ‘The 10 Minute Airport’ as it takes no longer than that to reclaim your baggage and be outside in the warm sea air.  We were greeted by Basheer from King’s Beach Backpackers and after a short car ride we arrived at a quaint, little Dutch Gable House and one of the oldest Backpackers in PE. Just a stones throw from the beach and all the sites in the Nelson Mandela Bay Metropolitan. We were welcomed into the hostel my David who made introductions to Peter, the cat and Molly, the Dachshund cross Jack Russell.

Franii was the first to arrive the following afternoon, after she settled in we went for a walk down to the beach. We walked all the way to the end of Shark Rock Pier and then stopped at Barney’s Tavern to enjoy the live music. That evening we went out for dinner at the BeerShack, a fun little place on the beachfront and then  back to the hostel for an early night.

Alli was delayed due to the snow storm in the U.S and so was only to arriving the following afternoon. 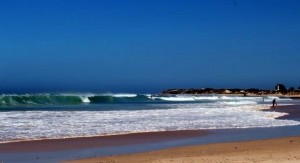 In the morning we went for a walk on the beach, and walked all the way to the harbour. We stopped in at the McArthur Pool and Leisure Centre, also known as the McArthur Baths and had a swim in their outdoor pools and played on the water slides.

After 35 hours of travelling a very tired Alli arrived that afternoon. We let her settle in while we popped out to get some lunch. We spent the rest of the day relaxing at the backpackers before the evening Braai, cooked on a wood fire – as it should be in the Eastern Cape. 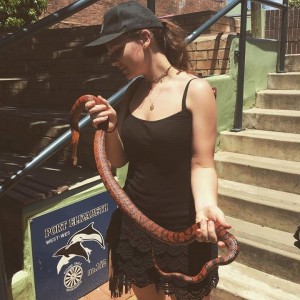 The following day we went to Bayworld; a unique place embracing a natural and cultural history Museum combined with a Snake Park and Oceanarium! We met a very stroppy Fur Seal called Smuggler who’d lived in the sanctuary for 19 years, but on that day he did not want to listen to his trainer, Mike, at all and was very badly behaved. But we did get to meet a very friendly corn snake that we all had a chance to handle. In the afternoon we headed to the beach but the wind had seriously picked up and we pretty much ended up in a sand storm!

On Wednesday we headed into down town Port Elizabeth, we caught one of the crazy, local taxis and got dropped off at the clocktower. The walkway up to the square and throughout the Donkin Reserve has lots of beautiful quotes by Nelson Mandela. The buildings are very colonial and the public library has a statue of Queen Victoria outside. The walk up to the monument was very steep, but once at the top there is a beautiful mosaic and a stone pyramid. It has a touching inscription by Sir Rufane Donkin in memory of his late wife, Elizabeth, after whom the city was named: ‘In the memory of one the most perfect of human beings who has given her name to the town below.’ Next to the monument is the lighthouse that was built in 1861 and is now referred to as the ‘Balcony of PE’. After yet another very steep, and this time a very tight climb, we made it to the top of PE and the view was worth the effort.

The Donkin Reserve is home to the tallest flagpole in Africa, and the largest South African flag in the world but unfortunately the ‘Windy City’, as it is often referred, was living up to it’s name that day and the flag was not flying. 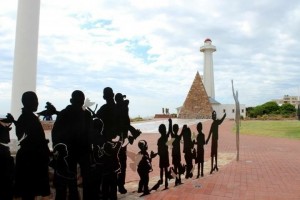 (Each of these is a tribute to the development of PE, its intriguing history, as well as the political struggles and sacrifices made by former president Nelson Mandela in the years he fought to abolish apartheid.)

Next we continued on the Donkin Heritage Trail and visited one of the oldest dwelling houses in PE, which is now a museum. We where given a tour by a history student and shown some of the artefacts from the time. Continuing along the trail and past yet more colonial buildings we found Fort Frederick atop the hill, with huge cannons guarding its turrets. The late morning heat had really started to kick in so we headed for shelter in a nearby cafe. 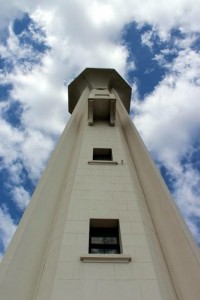 We made our way up to George’s Park and stopped in at a few museum exhibits. George’s Park has a huge stadium at it entrance and after a bit of a search we managed to find the old, Victorian Conservatory.

For lunch we stopped at the uber trendy Stanley Street, supposedly the place to be seen. It was a long day in the sun so we headed back to the main road and caught a crazy cab back to the hostel. That evening we decided to get a curry from ‘Hunger Peter’ on the Boardwalk, a huge hotel and casino complex with an open boardwalk around an enormous pond, we dubbed Disney World!! 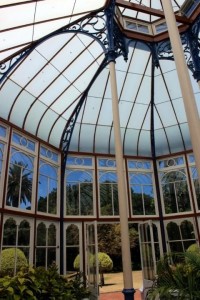 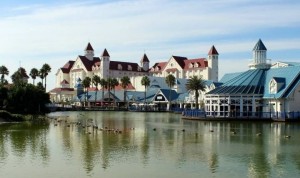 On Thursday morning we got up early and hired some bicycles from a surf shop, just down the road from the backpackers. We cycled along the beachfront and into Cape Recife Nature Reserve at the end of the bay.

We spent the morning volunteering at The Penguin Hospital, Samrec Marine Rehabilitation & Education Centre. We arrived just in time to help feed the penguins, we used a chart to record how much each penguin had eaten. We were all quite amazed to learn that during moult one of these little penguins can eat as many as 17 fish in a day. After feeding we helped the staff move the penguins into crates and transport them to their outdoor enclosure. Being careful to keep them in their pairs, as some had partnered up. Once that was done we helped wash towels, hang out washing, clean the floors and jet-wash their enclosures. Early that morning a new arrival had come into the centre, a female named Elly. She was currently in the ICU and the staff allowed as to watch as she was examined, tubed and feed rehydration liquids. She had been found in the next bay, exhausted on the beach and with an injury to her head. The staff explained that they will take in any injured bird and nurse them back to health for rerelease. Last week they even had a flamingo come in!

We met with Thomas, the Manager of the centre and then Judy gave us a tour, explaining the blight of the African Penguin. We cycled back along the beachfront and stopped for lunch at a surf shack just outside the reserve, all with a new found respect and understand of the beloved African penguin.

That evening we went out for dinner at The Boardwalk a.k.a Disney World and to a very fancy Italian restaurant called Lorenzo’s. 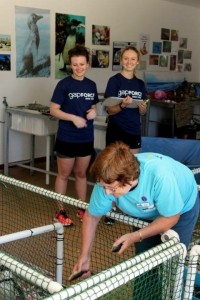 On Friday David from the Backpackers kindly took us on a township tour. We organised for a cab to take us to the top of the Walmer Township, previously known as the Walmer Location. From there we walked through the settlement and were able to interact with the people and gain a better understand of their lives. We visited the Brighter Beginnings Crèche, a pre-school and day care run from a ladies home in the township. The children sang and danced for us and we learnt how important this early learning is for their future education. The children where so beautiful and the people we met so warm and friendly. We stopped and had some bread at a little, bakery shack run by two ladies. As we ate our bread we all agreed how welcome we felt and that there is a huge sense of community within the township, something culturally we feel we might have lost. As we made our way back up to the market we passed by the schools and David explained about the different government housing projects and the apple train railway line.

After a very hot morning in the sun we returned to base and took sometime to rest and reflect on the mornings events. In the afternoon we did a bit of shopping at the Boardwalk and in the evening we watched a movie back at the hostel. 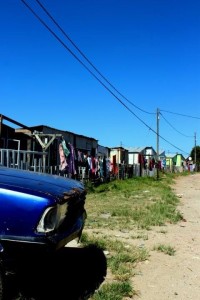 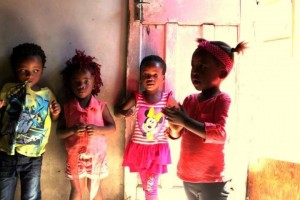 we got picked up  by Junayne and driven to Maitlands, with some of the highest sand dunes in South Africa for some Sandboading lessons. It was a  beautiful coastal drive and as we pulled into the car park we were met by Al who arrived with all the boards in the back of his Bakkie. We headed across the beach and up to the first dunes for some practice, and the first of many climbs that morning. It was awesome fun but seriously tiring climbing back up the dunes. We each took some pretty gnarly falls and descended down some very steep slopes. As the morning continued the afternoon winds came in as ever, and at the top of the dunes it started to give a bit of a sting! After a long and very energetic morning in the sun we headed back for some rest and shelter, it seriously whipped us all out!

After a late lunch of chicken and salad we reviewed our days photos, and shared stories of our epic falls. That evening we had pasta for dinner before heading out to The BeerShack for a couple of drinks and some dancing. 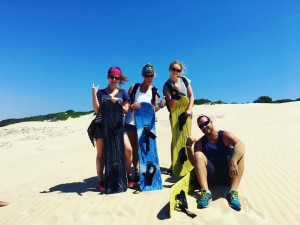 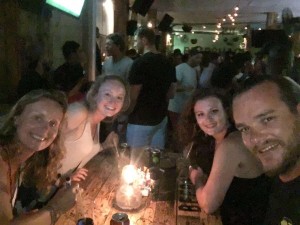 Sunday was our chilled day, spent reading, relaxing and recovering from a few bumps and bruises from the Sandboarding the day before. We had a huge portion of scrambled egg on toast for brunch and then ordered in far too much Pizza for dinner.

On Monday morning we awoke to some very noisy fog horns! The morning sea mist had seriously set in, we where all reminded that we are in a very busy port! We headed into the city to collect last supplies before the next adventure into the bush. We caught a local bus back through the city and we could see the waves crashing across the harbour wall. Port Elizabeth is definitely the ‘Windy City’ but more than anything we’ll remember it as the ‘Friendly City’