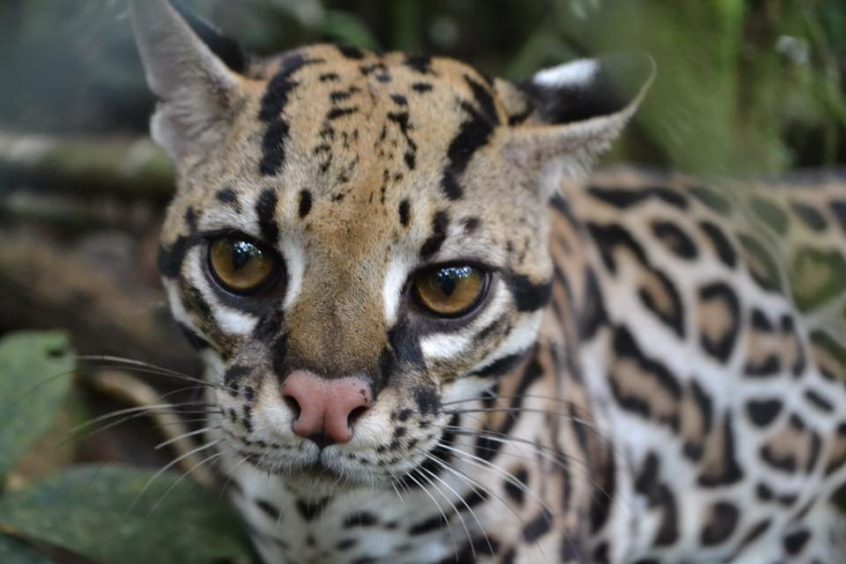 Read about the South America gap year squad and their first week at the Animal Rescue Centre (thanks Sarra and Yas!).

We arrived at the Sacha Yacu animal rescue centre Sunday night where we unpacked and ate dinner. Raul, one of the guys working at the animal rescue centre told us that it opened nine years ago, originally located in the town, before expanding and moving further into the jungle.

Each day we woke up at 6:45 ready for breakfast at 7. At 8am every day we then had a briefing which instructed us who would be doing which tasks, such as feeding the animals, cooking, cleaning the dishes and cleaning the house. Our days also included afternoon activities such as building new cages for the animals and fishing for food for the Ocelots.

On Monday we were given a tour of the rescue centre in the morning, and then after lunch our afternoon activity was to dig trenches for one of the new animal enclosures, which was a struggle considering the humidity that day!

On Tuesday we had our first experience of the Amazon rain! After preparing the food for the animals, which was mainly fruits such as water melon and papaya, we hand fed the toucans, fed the other birds, and then slid down the extremely muddy path to feed the pigs! Our afternoon activity was ‘playing the game’ of catching grasshoppers to feed to some of the animals the next day. After dinner we attempted to make a bonfire, and listened to Sam playing his guitar.

Wednesday it continued to rain, heavily! Our tasks for the day were to clean the house and pick cacao fruits, which in a week after drying can be used to make chocolate!!! In the afternoon we went fishing which we decided was our favourite afternoon task! We then had a bonfire in the evening which was more successful this time! 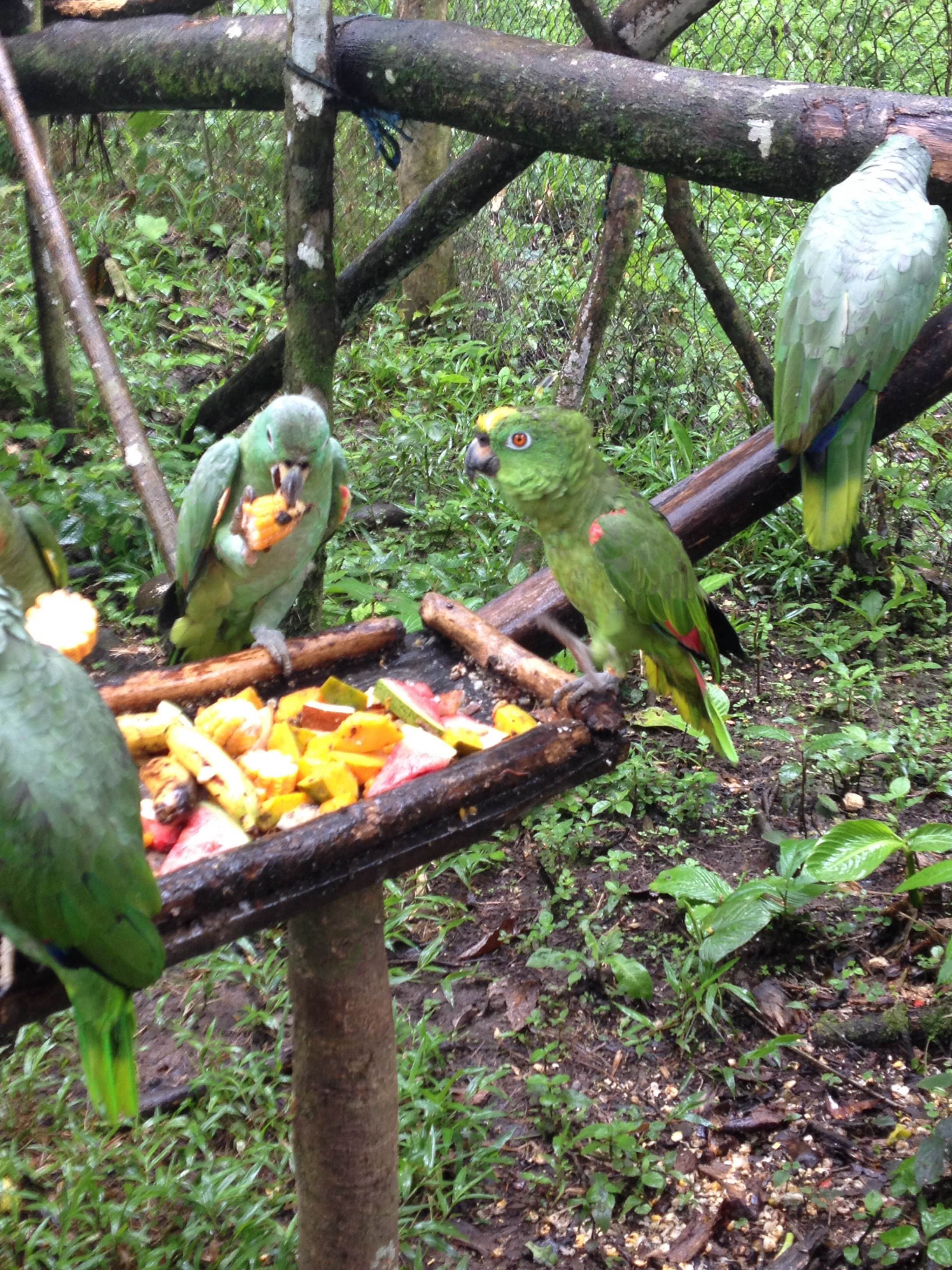 Thursday morning we fed the Zongo Zongo (my favourite animal!), the squirrel monkeys and the rest of the birds, including Pascal, the evil parrot who would laugh before he attacks you! That afternoon because it was still pouring with rain, we made chocolate using dried cacao beans. We then had our last (mostly) full squad bonfire that night!

Friday morning after breakfast we (Sarra and Yas), Sara and Stefan said our goodbyes to the animal rescue centre, and the rest of the squad, and left to make our way to Quito for the night before our flights home on Saturday! We wish the rest of the group a safe journey to Banos and hope they enjoy the rest of the trip!!! 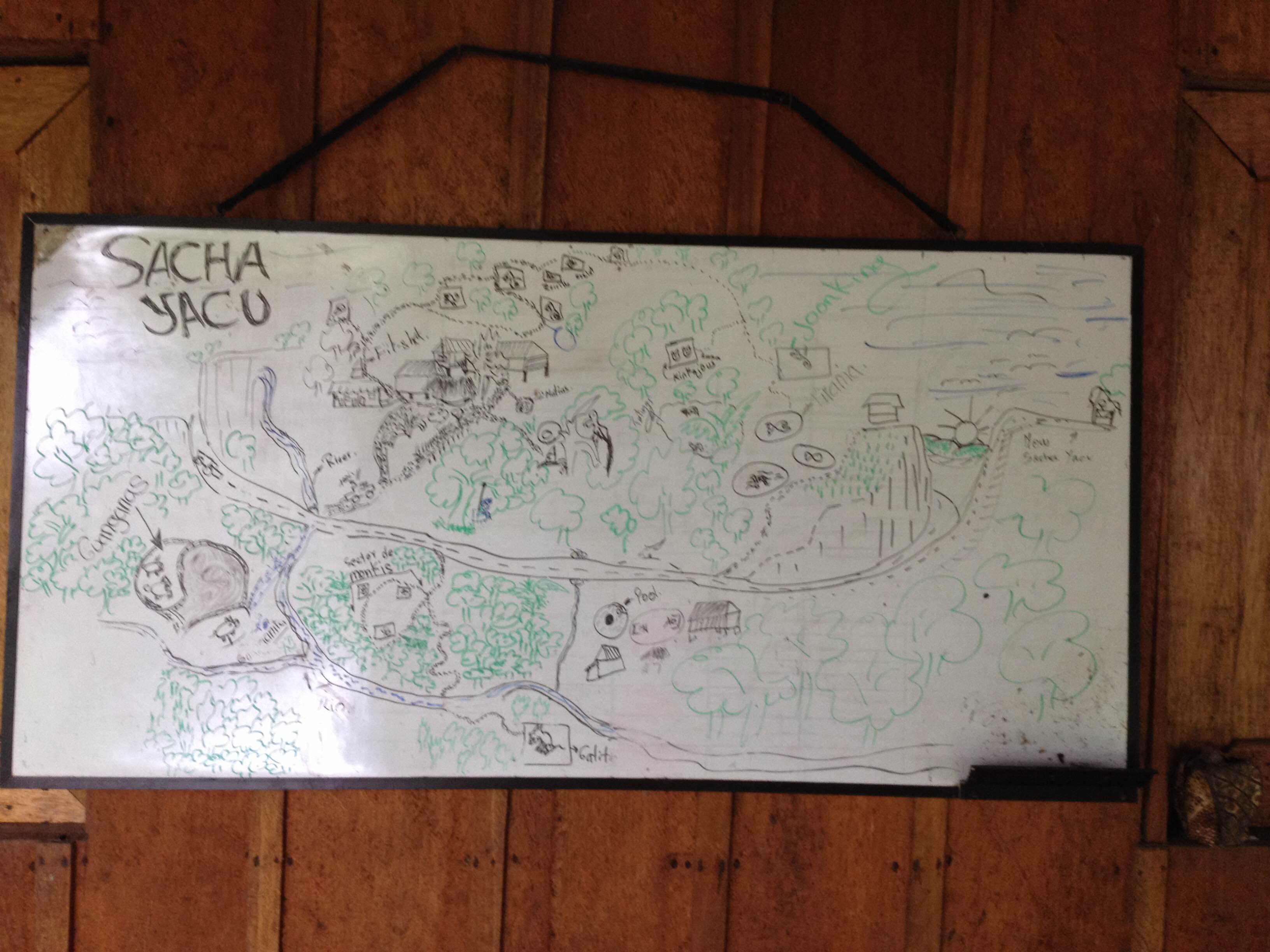 Find out more about our South America program