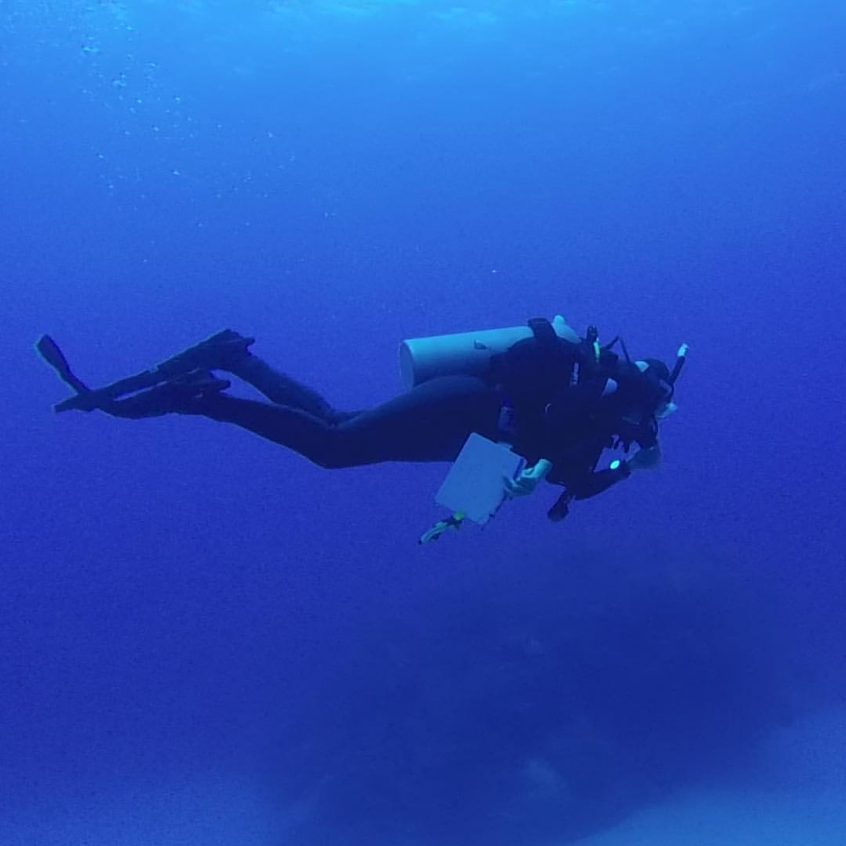 Read about the Bahamas gap year squad and their fourth week of marine conservation.

Monday was a fun day for Zara, Michaela, Nanna and Luke as they had the pleasure of seeing a Reef Shark, Hawksbill Turtle and a Southern Stingray all in one dive. Everyone else had a good dive but not as good as theirs. That afternoon we had a fish identification mock exam which we all did well apart from Ben who tried his best but might need some more revision.

Tuesday we did a fish point out during our dive, which is harder than our mock test as the colours are slightly different in the sea. That evening we watched Monty Python: The Life Of Brian in which all the English residents found hilarious while others from other nationalities didn’t quite understand.

On Wednesday it was only possible to dive in the morning as the weather changed, so we all went snorkelling at a snorkel site called Langdoo close to shore where we found a nurse shark resting under some coral. That evening we had our legendary quiz night with Michaela, Luke and Elyssa as the quiz masters. We think Elyssa is fish obsessed as all her questions were about fish. Did you know that if you dream about dead fish it means you are disappointed with something in your life? Crazy right!

On Thursday we all went diving once as we taught at the local school in the afternoon. Then we had a camp clean after that which was really necessary. 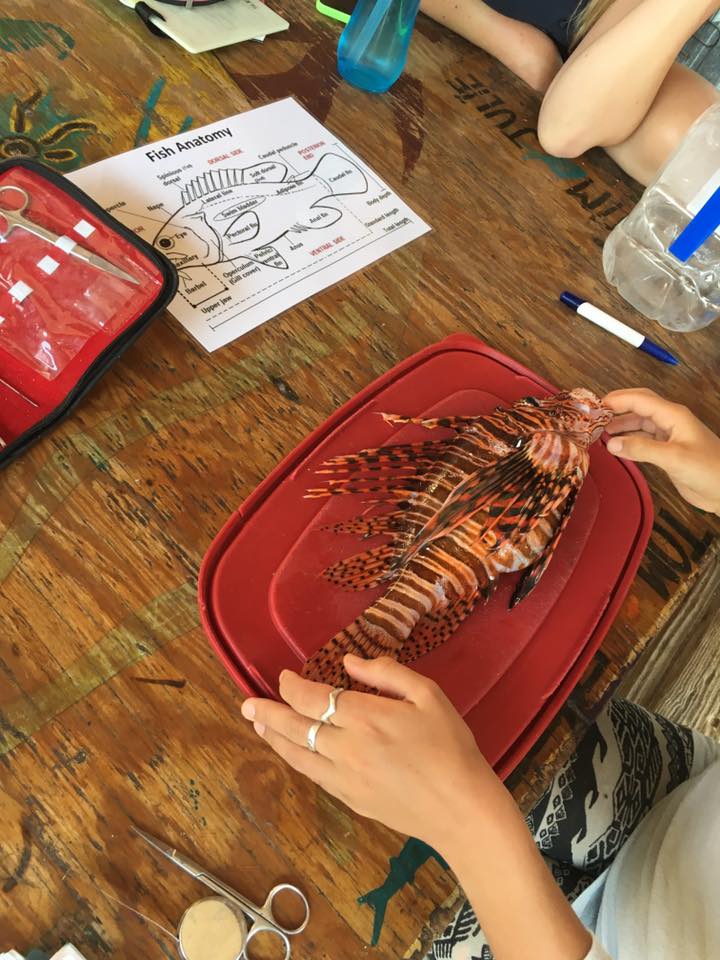 On Friday Will caught two MASSIVE lion fish which Elyssa dissected in the afternoon the swim bladder expanded loads and the stomach of one had a baby lobster in it. On saturday we planned to go to Somerset beach but the truck had a flat tyre so we had a bit of a delay before we went. We had a highly professional football match (not soccer) on the beach where Ben, Michaela, Beckie and Emanuela fought against the mighty team of Luke, Tom and Nanna, even though we had one player less we won indefinitely. We got back to camp to welcome our new camp members, Emily and Cameron with a big BBQ and a party in Ghetto Funky style at Timmi’s bar. On Sunday we all chilled out, some of us went for a snorkel after a mean brunch made by Tom and Ben. The girls worked on their tans while a few of us watched The Women in Black and Elyssa screamed like a little girl for the duration of the whole film.