After the animal sanctuary, we spend a night in Puyo and the next afternoon we headed off back into the Amazon to stay with the Shuar tribe. As it turned out tribes aren’t what they used to be.

We were actually staying with an Amazonian community. They still lived quite basic, but not as “tribal” as we had imagined. We had access to electricity; we had a kitchen of sorts which we stocked with food from a nearby town (we even had a fridge!); there was a shower, yet it was so weak we still used the river to wash in; the rooms were very basic, in that if we hadn’t had hammocks we would have been sleeping on the floor – they only had one bed for the whole of us! – and the gents’ building was not sealed to the elements.

The Shuar community painted our faces on arrival and in the evening we were treated to a local dance. It was great fun! They quickly asked for our participation and it didn’t take long for us to jump up and dance in a poor imitation of their movements.

Our days would start out with farming every morning. The first load of farm work wasn’t particularly hard but it was long. We would measure out roughly 4 metres, mark with a branch, and continue for roughly a hectare of land. At every branch we would dig a hole and plant a shrub/herb/tree.

Another job was cutting down over a hundred sugar canes and carrying them from the field to the road, where they would be driven off for sale in Baños. Axing trees into sizeable logs for a fire is another task.

In the evenings we would teach the children from the community English. We were also given the chance to carve our own spears. 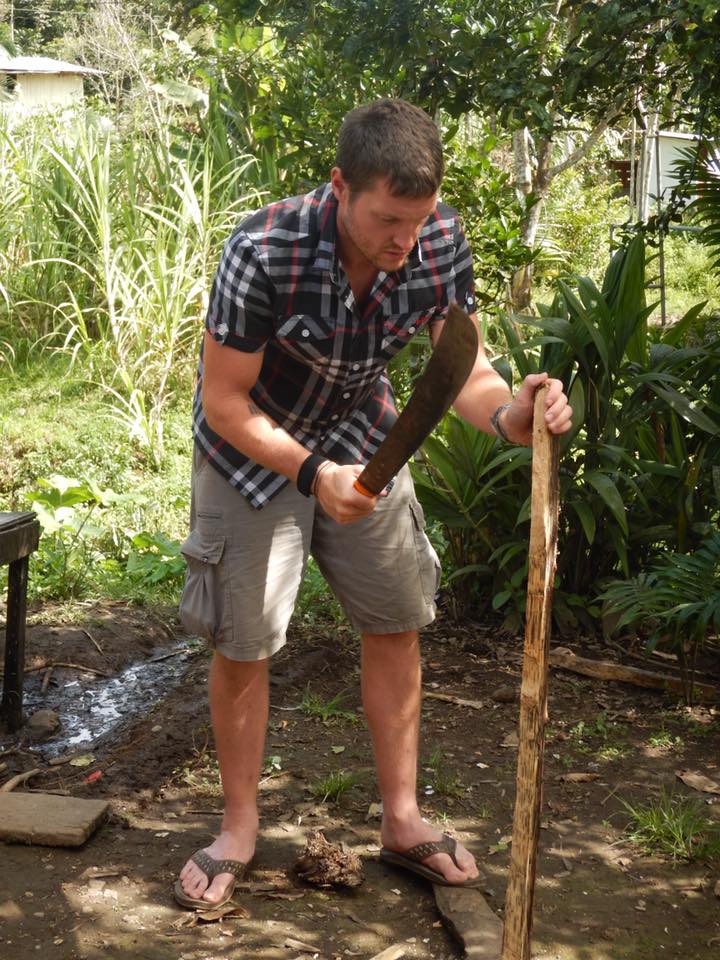