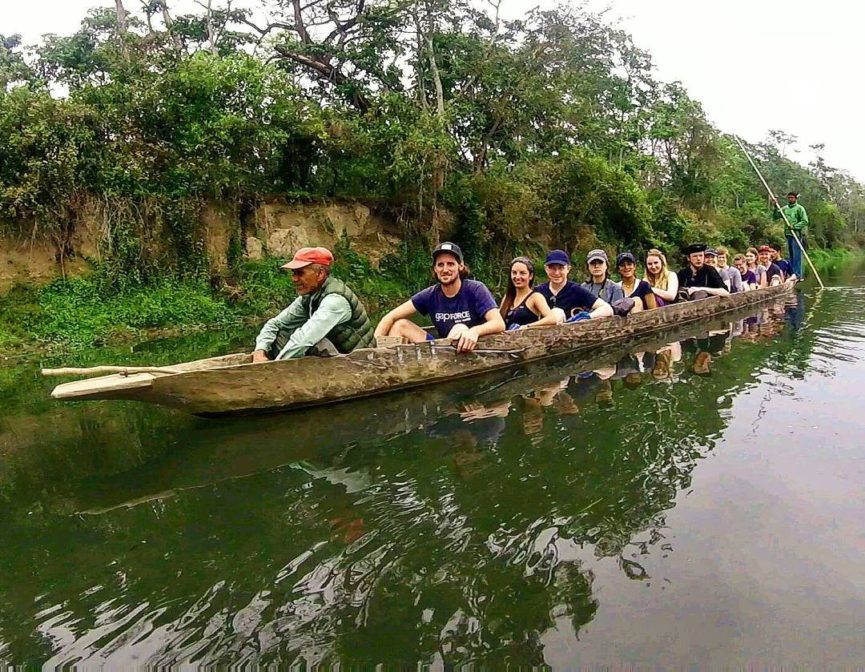 Odette shares her summary of the first week on our Nepal and India Adventure program in April 2017.

After months of planning, everyone finally arrived safely in Kathmandu. Although tired, everyone got stuck into meeting each other and tucked into MoMo’s (Nepalese version of a dumpling). The first couple of days were spent exploring Kathmandu and the local town, Tamal. We gave the guests custom bottled water to keep hydrated during the tour.

On day one – we got stuck into sightseeing (and we also got stuck right into the Nepalese traffic and heat). We began the visits at Bagmati temple. This is where Hindu people would come to worship. People would also be cremated here. 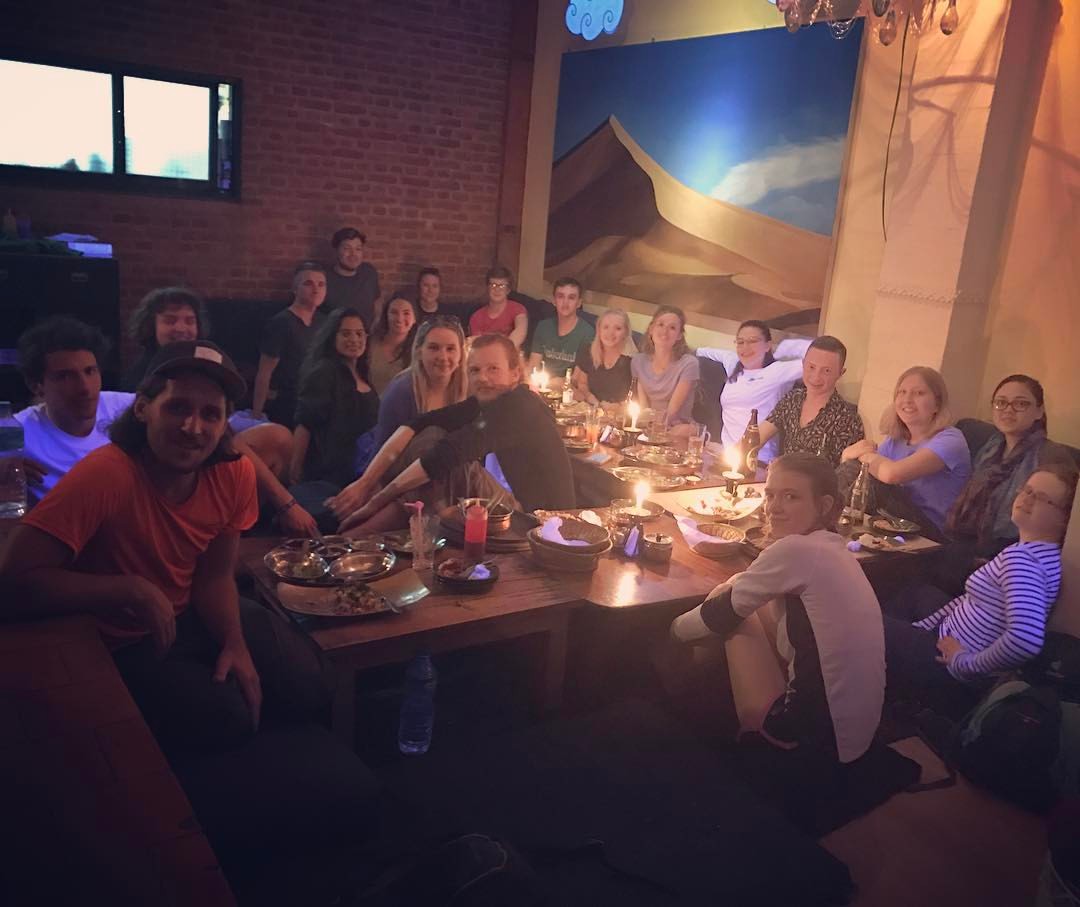 Next, we headed to Boudhanath – one of the largest Buddha stoopa’s in Nepal. We stopped here for a relaxing group lunch overlooking the stoopa. A stoopa is the name given to the Buddhist place of worship!  It was extremely interesting to learn about how the Buddha’s will walk in a clockwise direction turning the prayer wheels. We had our first team photo taken here at every possible angle!

That evening we headed out for dinner to a Nepalese restaurant where we sat on the floor and all tucked into our shared dishes.

Day 2 began in Kathmandu. We headed to Swayambhunath  – also known as the monkey temple – with hundreds of monkeys and Buddhist prayer flags hanging from the trees. Despite being called a temple it is actually a Buddhist stoopa. We moved on to Bhaktapur Durbar Square. This is also known as a UNESCO world heritage site. It is known as the best of the three Durbur squares and is where the kings bathed.

On day 3 we began the drive to Chitwan National Park. We stopped to water raft at Gandaki along the Trishuli River. Red raft, blue and grey and all competed to see how wet they could get each raft. Everyone jumped in and enjoyed the river. The rapids were amazing!

Day 4 began with a group canoe down a river with crocodiles. We then visited the elephant breeding centre and did a jungle walk safari. Later in the afternoon we did a jeep safari and saw lots of rhinos and other animals. We spent the evening watching the sunset as a group.

To draw week 1 towards a close, day 5 was our last day in Chitwan and bathed elephants in the morning and then went for a relaxed bike ride in the afternoon. In the evening we watched a cultural Nepalese stick dance 🙂