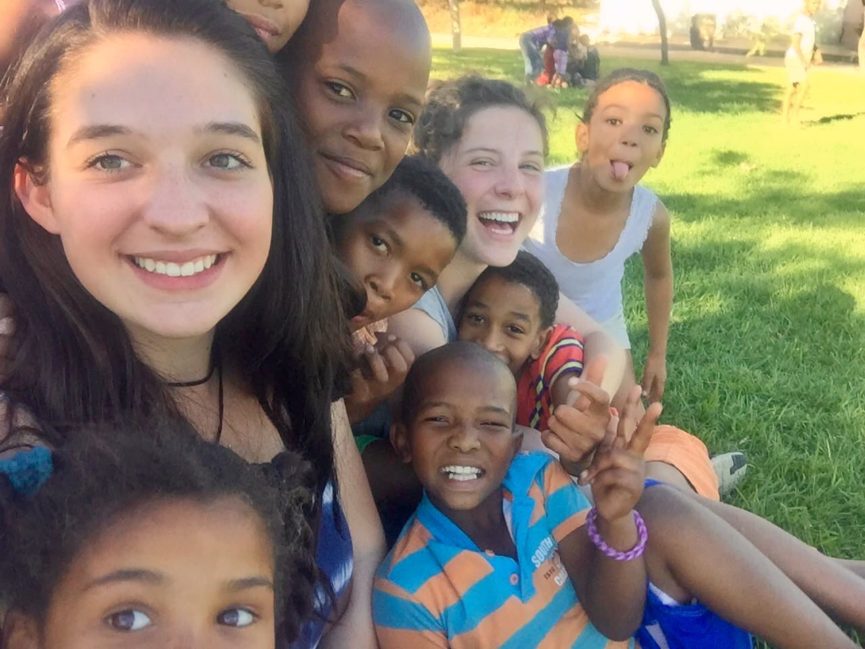 Read the latest update from week 3 on our South Africa Adventure program, courtesy of Dante Tejuso!

For the second week in Oudsthoorn, school was back on so the after-school activities at the centre were too.

In the morning, the boys were making cement bricks by hand, clearing rubble to make space for a garden and driving to the rubbish tip to empty the rubble. All this would have normally been done single handedly by a very motivated priest, so the help was very much appreciated.

By afternoon, the boys and girls would reconvene for lunch. The girls would start preparing lunch for up to 100 children due to come to the centre later on. Once the children finished lunch, it was playtime! They would go to various different activities organised by the girls and other volunteers in the morning. These included, football, playroom for the girls, drawing and various games on the grass. One day we played a football tournament with the boys and the next we were just playing on the grass in the sun.

The children loved having the volunteers there. From the moment we arrived we’d have at least five children jumping on and around us eager to play. An afternoon of playing with kids non-stop is very tiring but rewarding when you see how much they appreciate it. We were also rewarded with a great meal and hospitality once back at Annie’s house, watching a film, playing a board game or just chilling. It was a great two weeks and the benefits of volunteering abroad in such a way were certainly felt by all those who participated.

Knysna was a short but sweet stop. It was a very pretty town next to the bay. We had some very nice meals on the waterfront and enjoyed days on the picturesque isolated beaches on Leisure Island. We also got the chance to go sand boarding, which was great fun and a really unique experience!

The sunset boat cruise was also very enjoyable, but the highlight was definitely swimming with the seals. We took a day excursion to Plettenburg Bay to do this. After a thirty minute boat ride through the fog, we arrived at a small island completely covered with seals. Once we got used to the freezing water in our wetsuits, we snorkelled with the very curious seal pups who swam right up to our faces and all around us. It was an unforgettable experience that I’d gladly do again.