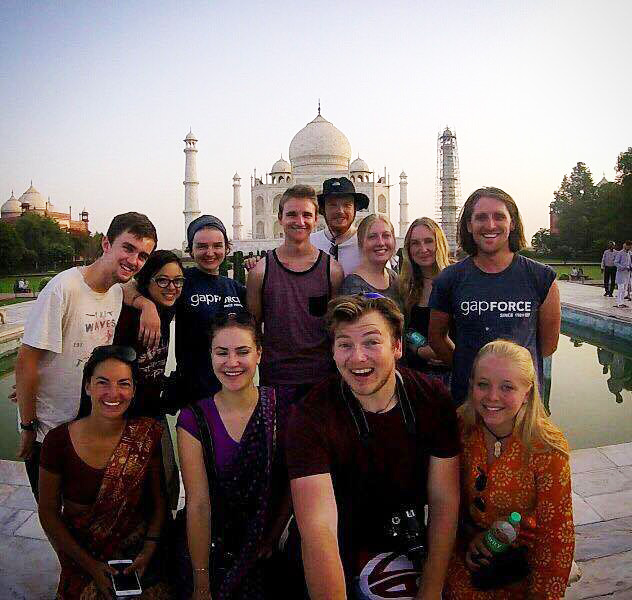 This week our team of travellers update us after seeing the Taj Mahal on their Nepal and India gap year adventure.

14th May
My blog begins on departure from McLeodganj. We swapped what felt like our home in India for 700 km of road and 20 hours of trying to find a comfy position. The destination was Agra – possibly the smelliest and dustiest city so far on first impressions.

15th May
Instead of resting, shaking off the coach journey, etc, we decided to get up at 5 to see Agra’s – or, as some would say, India’s – main attraction.

The Taj Mahal is as good as they say.

Rising for a sunrise viewing didn’t mean there were no tourists. Even at the crack of dawn people were striking the strangest poses for their new profile picture, but nonetheless it wasn’t enough to distract from the awesome beauty of the legendary 12 year labour of love.

There’s not much to be said that hasn’t been said before but the Taj was the most beautiful building I have ever seen, hands down.

We were finished there by only 8 o’clock, so after breakfast and a quick break back at the hostel, most of the group headed out to see the nearby Agra Fort. 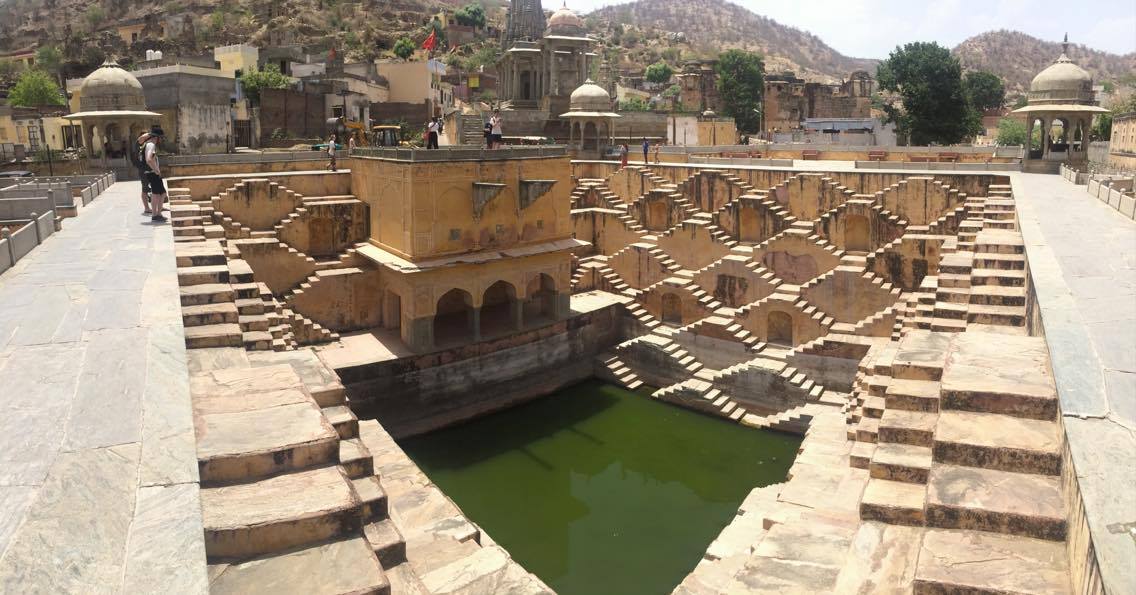 Come mid-afternoon and we were rolling up to the train station in sync with our train to Jaipur. From the window of our blessedly air conditioned carriage you could see many a sight; some pleasant such as big games of cricket, some less so, which must be imagined instead. By late evening we were settled into Jaipur.

May 16th
Our group hit the heat in the late morning, after catching some well deserved rest. This was our first true experience of Rajasthani markets, and man were they worthwhile!

Shops selling pots, pans, books, sundries, saris, fabric and, most famously: jewellery that was sat competing beside one another for hundreds of metres inset to the pinkish orange walls of the old city.

We had a delicious lunch at a local restaurant where you could watch (and occasionally join in with) the preparation of the food! Following this, and a short time back at the hostel to escape the hottest hours of the day, we went to the Raj Mandir – the most amazing cinema I have ever been to. Though none of us had a clue what the film – Sarkar 3 – was about, we all enjoyed the beautiful building, and charmingly over the top Bollywood drama. 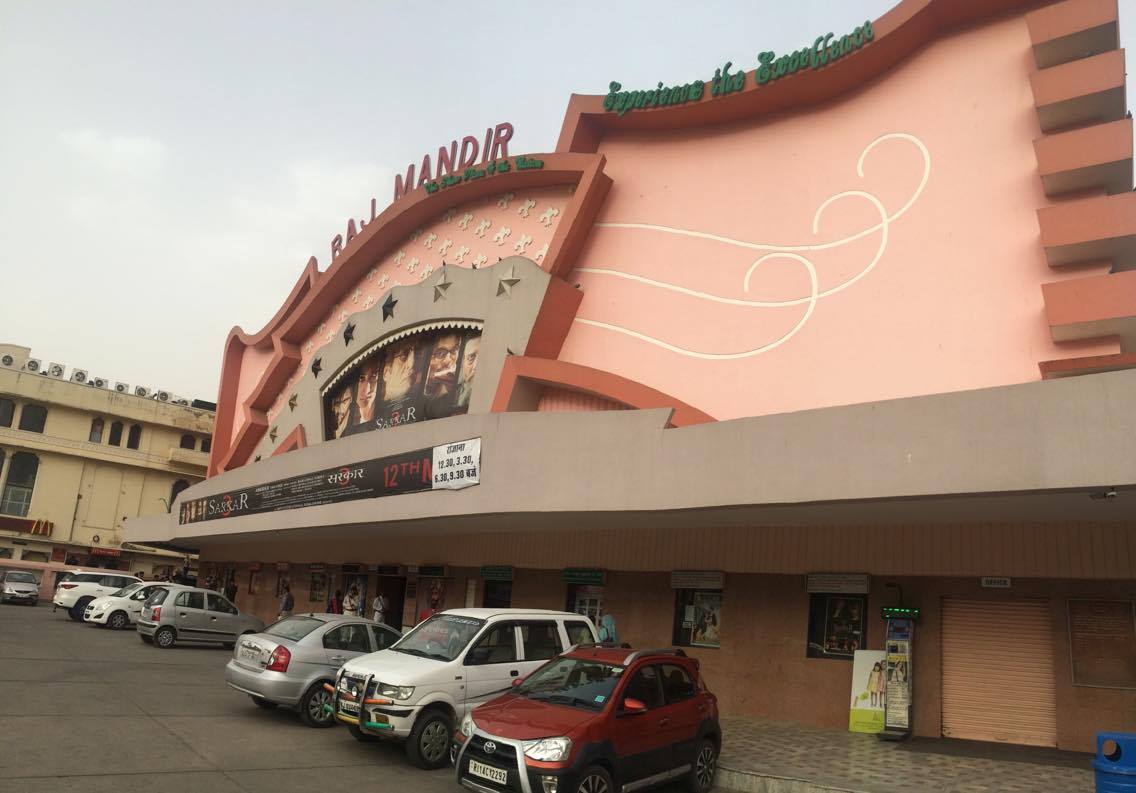 May 17th
On this day we had a slightly earlier morning, leaving for the awesome Amber Fort at half 9.

We walked the hill to the fort alongside elephants, and perhaps the most forthcoming Indian salesmen outside of the main markets I ever saw.

Once our tickets – which were much cheaper with a student discount – were purchased, we entered the beautiful walls and gardens of the fort. It was the winding corridors and hard to reach parapets that charmed me, and the highlight being a tip-seeking security guard taking 3 of us up to the highest ramparts to look across a valley towards another, higher fort. I

After a tuk tuk ride from the fort we visited the totally tourist-free, beautifully intricate Marble Palace, an oasis of calm and quiet that meant it became many people’s highlight of the day.

After lunch we were whisked to a textiles factory and given the full Delboy and Rodney by the staff. None of us could resist the silky smooth sales pitch, nor the silky smooth shirts – everyone ending up buying something (the lads all getting tailor made custom silk shirts)!

Following our shopping spree was my personal highlight of the day, a wide open astronomical garden of massive, beautiful sculptures used hundreds of years ago to map the stars. The greatest, and a common symbol for Jaipur, was the 90ft triangle with its semicircle belt. Using the sun and it’s shadow, this mighty device could and still can tell the time to within 2 seconds accuracy. 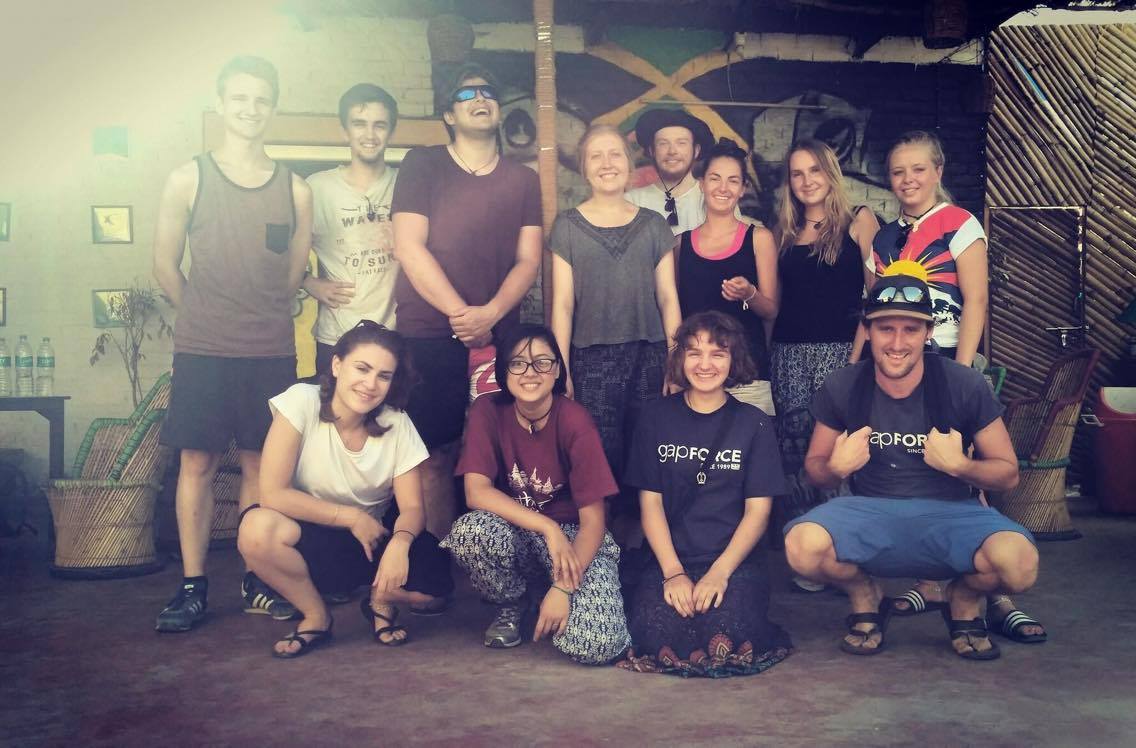 May 18th
A fort with a tricky name I have forgotten was visited this morning, cast with bright marble and great sprawling views over the city.

Following this, we were taken to an out-of-the-way step well, guarded well by 2 entrepreneurial young lads trying to charge us to walk down. We didn’t anyway, we were too hungry to stay anywhere so hot for so long!

After another top notch lunch we were taken to the jewellery equivalent of yesterday’s shopping spree venue, but we were all a little more careful with our money this time. After asking, the staff showed me their most expensive item, a diamond and sapphire necklace and earrings set, for only 1.7 million rupees. I said maybe next time (or maybe not).

We all had some time to burn before our 11 o’clock sleeper to Udaipur, some simply packed, others such as myself went out and spent more money – this time on camel leather flip flops, and others simply cooled down in the common room of Zostel Hostel.

May 19th
Sleeper trains are not the easiest places to sleep, but were quite cosy and a unique atmosphere, to say the least! I myself slept many an hour, until being rudely awakened 10 minutes before arrival at Udaipur, where I write from.

Many knackered souls meekly stepped off the train and were not up to much before breakfast was had, or even after. Most of the group went to a stunning rooftop swimming pool to relax for the hottest time of the day, but afterwards mostly napped and cooled down back in air con all afternoon. I myself went on a wander with a couple of others to see what shops were around, and how the city shaped up to expectations.

We bought an ice cream, and marvelled at the romantic views of the seemingly floating hotels on the huge lake. So far Udaipur feels more like some romantic Italian coastal town than India, though the keen shopkeepers, and manic traffic somewhat give it away. The monkeys too are a wonder; long tailed white wonders that carry a lot more grace and beauty than the scrawny brown rascals seen so far on our travels.