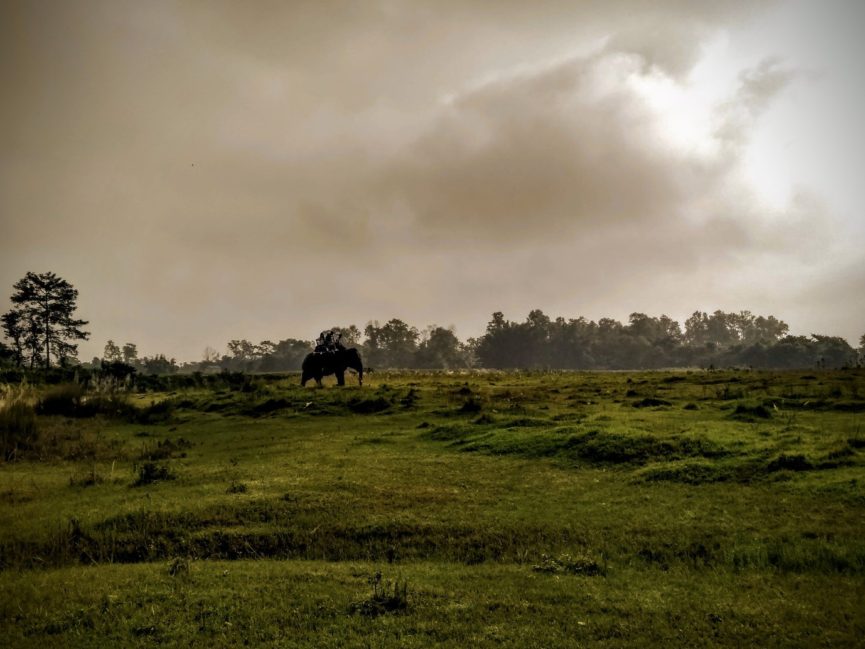 Landlocked at the roof of the world, Nepal was a land of mystery before its borders were opened to the rest of the world in the middle of the 20th Century. Now it welcomes visitors with a characteristic friendliness and charm. Although most famous for mountaineering (containing 8 out of the 10 highest peaks on Earth), there is so much to discover in this small, vibrant country – from tiger-haunted jungles to spiritual celebrations equal in colour and energy to anything in neighbouring India.

Best Things To Do In Nepal

If you’ve heard anything about Nepal you’re probably aware already of the principal tourist activity (starts with T, ends with a G, and rhymes with pecking). Thought so.

Perhaps we’ll start with something a little less obvious. Nepal’s wealth of spectacular environments makes it an adventurer’s playground. While the mountains and their attractions dominate the tourist industry as they do the horizon, there’s a world of unique experiences in their shadow calling out for discovery.

The world safari tends to conjure images of the African bush. Yet the lowland South of Nepal contains reserves that harbour truly majestic wildlife, including some that may surprise you. It appears that Nepal, despite being dwarfed as a territory by its larger Asian neighbours, is still a land of giants. The lush tropical forests of Chitwan and Bardia National Parks are home to the tank-like Asian rhino, elephant, alarmingly big crocodile (not an official species classification, but one based on the author’s experience), leopard and ultra-elusive Bengal tiger.

In Chitwan (a UNESCO World heritage Site), you can, with a large serving of luck, glimpse all of the above. Explore the otherworldly forest by dugout canoe, 4×4 and on foot; say hello to the elephants who serve as all-terrain vehicles for park rangers; and spend a night in a tiger hide on the lookout for nocturnal predators.

A place as mountainous as Nepal comes with built-in perks: lofty heights ideally positioned for jumping off for example; and fast-flowing rivers just begging for someone to hurtle down them in an inflatable boat.
Although not the best-known of Nepal’s attractions, white water rafting here is reckoned the equal of any in the world. The rivers are pristine, the scenery sublime, the guides of a high standard and the prices cheap. Multiple firms now operate on the Trisuli, Bhote Kosi and Upper Seti rivers, providing everything from 2-hour thrill rides to ambitious multi-day expeditions.

The lakeside town of Pokhara is the centre for another adrenaline-fuelled pastime: paragliding. Some days the skies above contain more parachutes than birds, as visitors and locals alike throw themselves off every available eminence to soar on the thermals over Phewa Lake, paddy fields and the foothills of the Annapurna range. The paragliding industry is well established and of a high standard in Pokhara. Operators are well used to introducing beginners with tandem jumps, suspended in an overgrown baby sling in front of an enthusiastic, GoPro-wielding professional.

If that’s not enough, you can find opportunities to go rock climbing, kayaking, bungee jumping, mountain biking and more.

If your visit coincides with any of the hundreds of festivals celebrated in Nepal during the course of the year, why not join in? There’s no better way to get a taste of the melting pot of Nepali culture and tradition than to immerse yourself in one of these good-natured riots of sound and colour.

Highlights of the calendar include Holi (February/March), the Hindu festival that involves a 24 hr paint-throwing party to celebrate the end of winter; Bisket Jatra (April), the Nepali New Year when Kathmandu erupts with the mother of all street parties; and Indra Jatra, when the living incarnation of the goddess Kumari (currently in the form of a 5 year old child) parades through the streets of the capital.

That T-word again. It can’t be avoided, nor should it be – simply put Nepal boasts some of the most spectacular yet accessible trekking anywhere in the world. No journey to the homeland of Sherpa Tenzing Norgay (the first to summit Everest, alongside Edmund Hillary) is complete without venturing into the megalithic landscapes that take your breath away in more ways than one.

The centrepiece of trekking in Nepal is the Khumbu Valley trail. This well-established route leads from the 2800-metre (9000 ft) airport town of Lukla to Everest Base Camp, a seasonal tent city at 5250 metres (19,600 feet), more than halfway up the world’s highest mountain. The 10-12 day hike takes you through timeless Sherpa villages, past isolated Buddhist monasteries, over dizzying chasms, high mountain passes and windswept glaciers. Challenging but rewarding in equal proportion, this is solid bucket list material.

Popular alternatives to the Everest Base Camp trek are the Annapurna Base Camp or Annapurna Circuit routes. 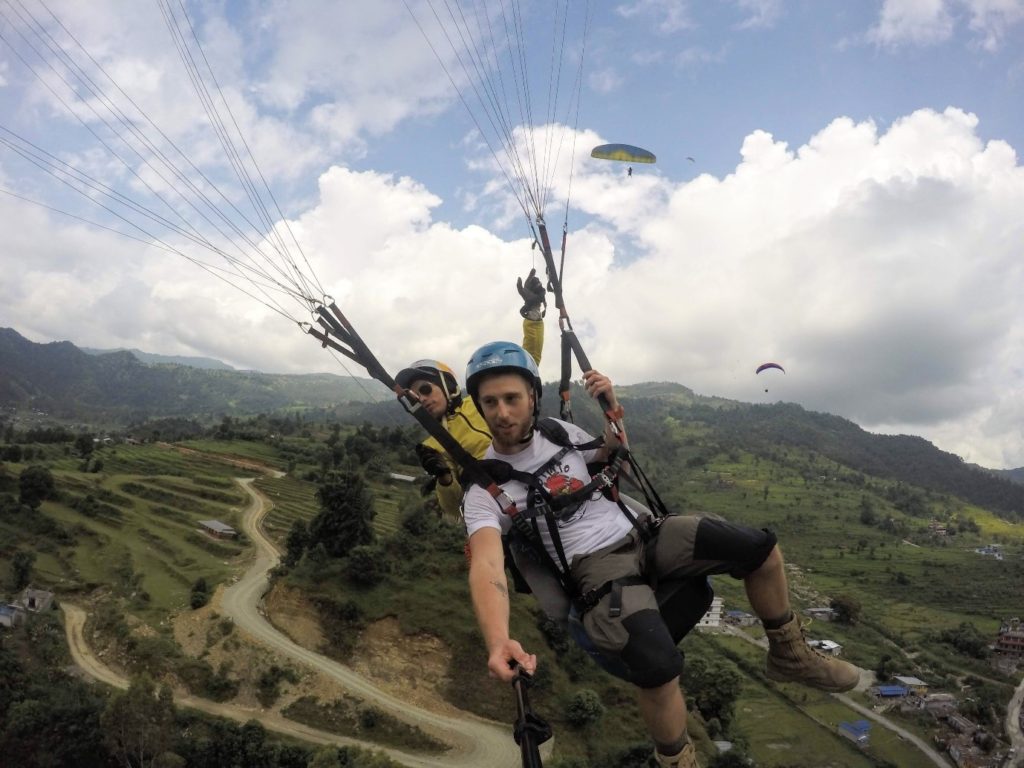 Best Places To Go In Nepal

20 km outside Kathmandu is its ancient sister city of Bhaktapur, the former capital of Nepal in the time of the Newar Kingdoms. Although as much as 1/3 of its ancient buildings were irreplaceably damaged in the devastating 2015 earthquake, it remains the best preserved of the medieval city states of the Kathmandu Valley. With the 800-year-old cobbled streets of the centre kept car-free, this is a welcome pedestrianised break from the mania of Kathmandu. Gorgeous brick-and-wood palaces, pagoda temples, stone monoliths topped with the golden effigies of kings and carvings of extraordinary intricacy showcase the ancient arts of Nepal’s long royal and spiritual history. If it weren’t for the selfie stick salesmen, you could believe you were in a time warp.

An unassuming temple in south central Nepal marks the birthplace of one of history’s most extraordinary figures, Siddhartha Gautama – better known as Buddha. Lost to the world over the centuries, it was rediscovered in 1896 and now draws spiritual pilgrims from all over the world. The site is dotted with enormous stupas, festooned with prayer flags and housing monasteries built by Buddhist delegations from countries like China, Thailand and Myanmar – many of them more impressive by far than the simple white building that covers the spot where Buddha was born.

One of the main stops on the trail to Everest Base Camp, Namche Bazaar is a small town clinging to the edge of a Himalayan mountainside. Visitors’ first thought on arrival is usually ‘phew’, since getting here involves a long uphill slog and the crossing of some vertigo-inducing foot bridges. It’s the gateway to the high Himalaya and a great place to spend a day or two acclimatising to the altitude. As its name suggests it’s a trading centre, with lots of outdoor shops and a Saturday market where locals trade their wares. Cosy bars and bakeries line the steep staircases that pass for streets. There’s also the Sagarmatha (Everest) National Park Museum, in the grounds of which you can get your first proper view of the infamous peak itself.

Something of a boomtown for adventure sports, Pokhara lines the shore of an idyllic lake with the 7000 metre (23,000 feet) Annapurna massif looming in the distance. It’s arguably the best paragliding location on the globe. The vibe is laid back and somehow surfer-townish, which is just what you need considering the exhausting bus journey you’ll probably have taken to get there. Pokhara rewards visitors who have braved Nepal’s less-than comfortable roads by being laid back and stunningly beautiful, a sort of Shangri-la for adrenaline addicts. There’s also some unique museums, including one dedicated to the Gurkhas, legendary soldiers hailing from Nepal. 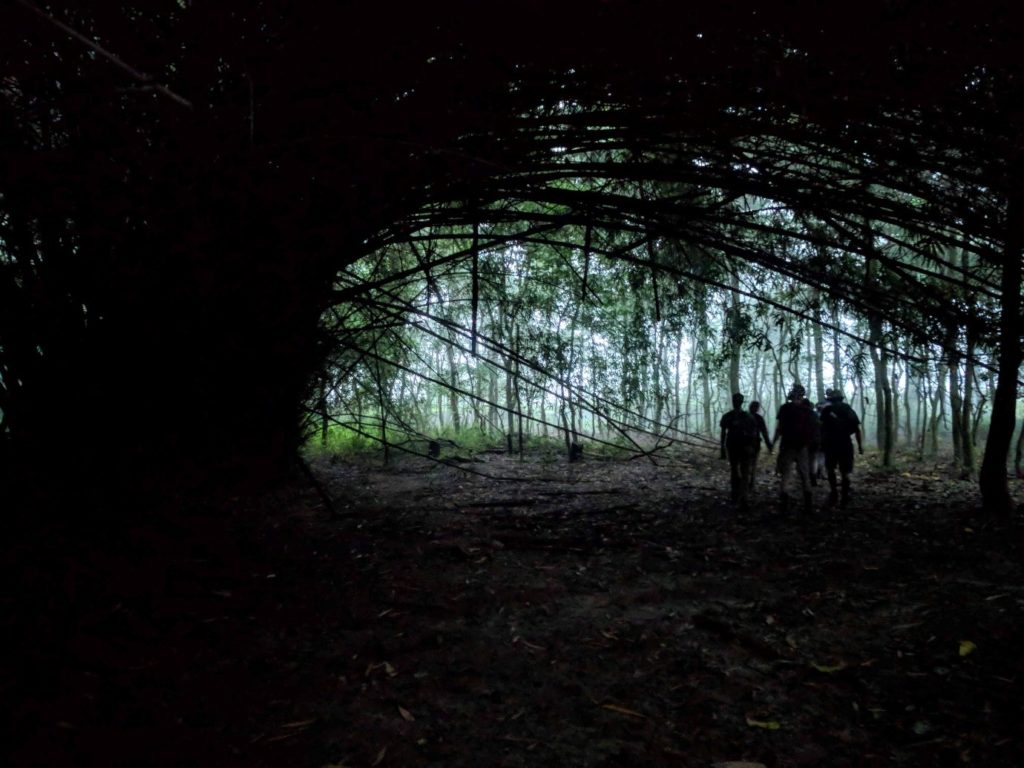 Best Time To Go To Nepal

Nepal’s climate and weather vary dramatically with the seasons, with the yearly variations in rainfall and clear sunshine driven by the movement of the Asian monsoon. The great differences in weather determine the climbing season for Everest summit attempts, but also have an influence on visitor numbers at different times of year.

From late December to February the weather is generally pleasant in the daytime with a significant fall in temperature at night. January is the chilliest month. Fewer visitors at this time means a less crowded experience.
Spring begins in March, when temperature rise and iconic rhododendrons go into bloom. This is the prime trekking season, and a popular time to travel.

The monsoon (seasonal rainfall system) kicks in from June through to August, bringing heavy rains that discourage the crowds of the peak season but also snow and landslides in the mountains that hinders safe trekking. The monsoon ends in late September, making October a time of clear skies, fresh air and absurdly beautiful views of landscapes made lush after the rains.

Festivals occur throughout the year so may want to time your trip accordingly if culture is your main drive for a visit to Nepal.

We love Nepal. That’s why we created a 4 week adventure encompassing the very best of this incredible country. Our program takes you from the city to the jungle to Everest Base Camp and everywhere in between, guided throughout by our professional Expedition Leaders.

You can do a standalone 4 weeks in Nepal or journey onwards with a further 4 weeks road tripping across India.

Check out the program page or contact a specialist advisor now to find out more!