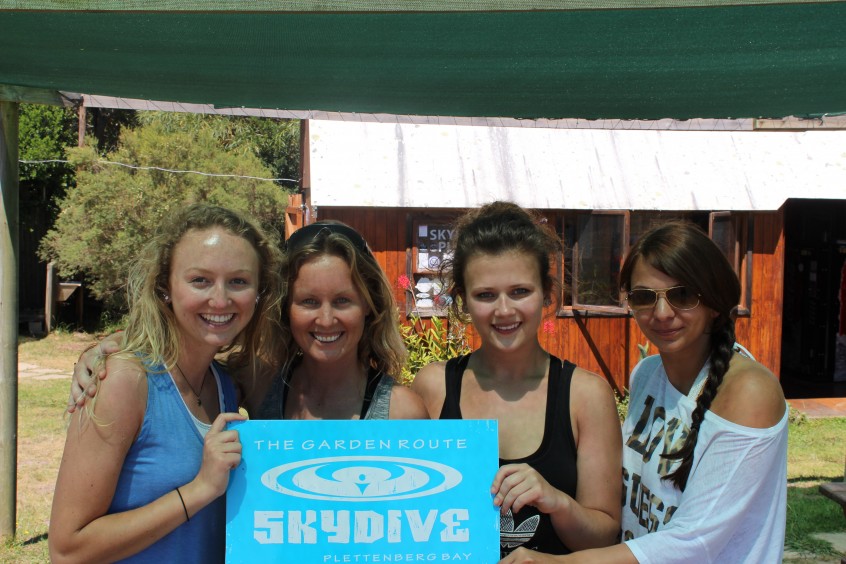 Early Sunday morning we left Port Elizabeth, we all felt sad to leave but excited for the next part of our adventure; backpacking down the Garden Route. We headed for Island Vibe (the party hostel) at Jeffrey’s bay. We dropped off our bags and spent the morning shopping at all the surf brand factory outlets, adding more clothes to our already stuffed bags.  It was a short walk across the beautiful bay back to our cosy, little room in the beach house. That evening we had a huge backpackers dinner and then began to celebrate Valentine’s Day with other travelling groups staying  at the hostel. We spent the night talking and playing pub games with some very cool people and made some lovely new friends.

The following morning we began with a very delicious breakfast and then Fran and I headed out to our surf lessons. We began with very basic things like how to catch a wave and how to push up and then we moved on to standing up. It was not as easy as it may look but we both managed to stand up and ride a few waves with the help of our instructor who was incredibly helpful and cool. It was a very fun morning, surfing in the same place professional surfers compete. We spent the rest of the day relaxing, and walking on our tans. That evening we had a quiet night and then Tuesday morning we left J Bay (as the locals call it) and headed to the Tsitsitkamma Forest. 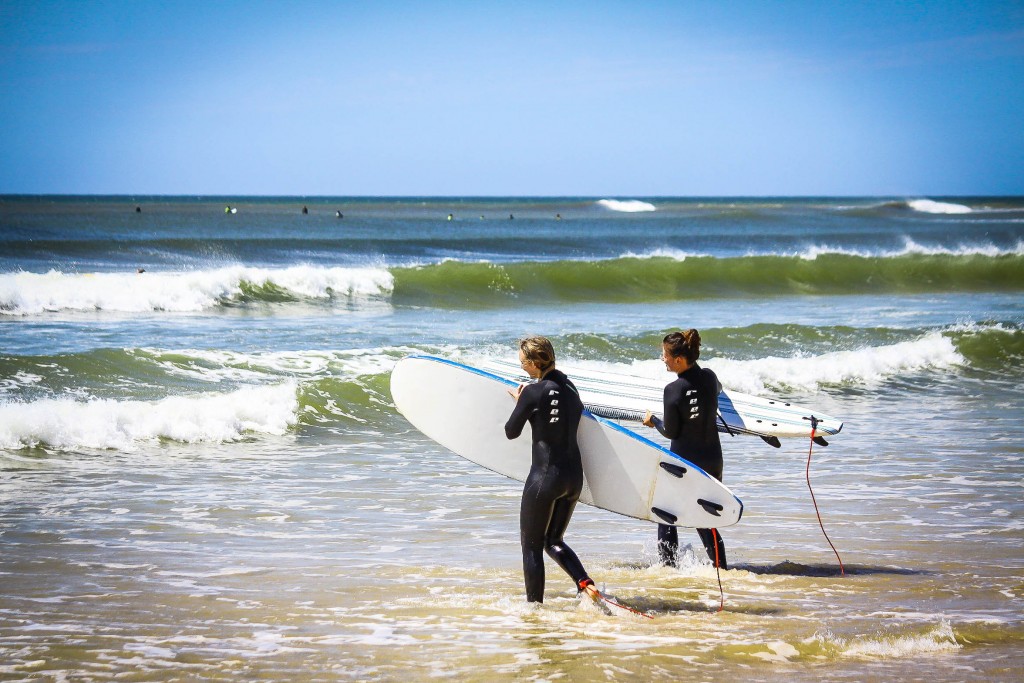 We stayed in the small, peaceful town of Storms River at Tube and Axe Backpackers.  Immediately after arriving we got a shuttle to the highest bridge bungee jump in the world! We arrived to the bridge and all walked across the high, shaky, walkway so that Chelle and Fran could jump. Both said it was so amazing with the beautiful views and the unforgettable feeling of adrenaline. They each now have that fantastic memory and bragging rights that they’ve jumped off the highest bungee bridge in the world! Once we left the bridge, still in search of yet more adrenaline we headed off to do a canopy tour and really explore the forest. We travelled across 10 different zip-lines and platforms  through the Tsitsitkamma Forest, which was filled with beautiful old trees and gorgeous views that were all protected by the national park. It was extremely fun flying through the canopy on the lines, each of us contributing a bit of style as we flew. After our action packed day we spent the evening back at the hostel where we became friends with the most amazing pedigree Mastiff named Jaluka. He was very hard to say goodbye to as we left the next day for The Crags. 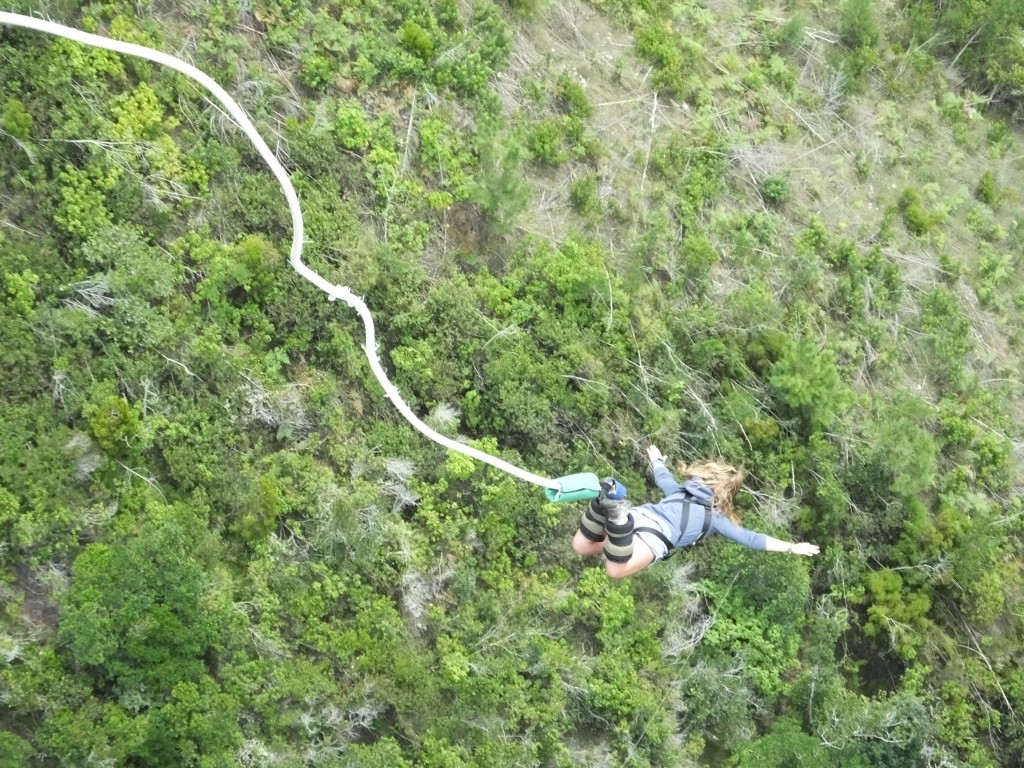 The only thing that made it easier was the fact that we were headed for Wild Spirit! This hostel was a dream come true, Fran and I had a room to our selves, as did Chelle and Warren, which was somewhat of a contrast to dorms and bunks we had experienced, and a nice bit of unexpected luxury after a challenging few days. Wild Spirit was in the middle of the most beautiful rain forest that spread out across many mountains and we were so lucky as to be in the middle of it.  The place focused on positive attitudes and community as a lot of the guests were able to work for their meals. The day we arrived we headed into the forest down to the waterfall. It was such a spectacular place, no one around, surrounded by gorgeous fauna and of course a large waterfall that poured into small pools where we all had a swim, even though it was pretty cold, it was so peaceful you couldn’t even complain about the temperature. We spent some time hanging out and soaking in the quiet atmosphere before heading back to get some food. We made our way to a farm store to get some lunch, and it had to be one of the sweetest little farm shop I’d ever seen, we left with our stomachs full and some take away snacks. After a walk back to Wild Spirit we had a long afternoon nap,(which we seem to be needing a lot of) and then we found our place on the deck to watch an amazing guitarist perform for us while eating dinner and desert. It was very cool watching the performer play with such passion in such an amazing environment.

The next morning we attempted to wake up for the sunrise but the clouds didn’t make it easy to see, so we rested again and then woke up to have breakfast before we each had our turn to get a massage. We all agreed it was the best massage we’d had. Fran and I then returned to the waterfall to spend our last few hours at Wild Spirit before getting a shuttle into Plettenberg Bay. On our short drive to Plett we were told about these amazing nachos at The Surf Cafe, none of us could get these nachos out our head  and so we set out to find them – they really were delicious.  After our meal we took a walk along the beach and then headed back to the hostel to get dressed for dinner. We went out to dinner at a lovely restaurant called Ghillies. Friday morning we had a scare as we were supposed to go skydiving but the weather didn’t seem to want that to happen, we got a message to say that due to the low lying cloud we wouldn’t be able to jump that morning!  After a few hours and some hopeful thinking we were picked up to go jump out of a plane! Chelle went first and then Fran and I. Speaking for the three of us, it was the most amazing experience and hands down I would have done it 10 more times. The plane was really small but the views were incredible and the moment you’re about to jump you’re so excited you don’t even feel fear and it’s over before you know it. Once you’re done free falling you’re parachuting to the ground and that’s when you can look around and really see what an amazing place Plett is. Once we all finished and received our certificates we went back to our hostel just in time to catch the Baz Bus to take us on to Knysna. 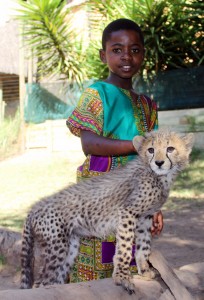 We arrived in Knysna and checked in to our hostel – another Island Vibes, but slightly more tame than the one in J’Bay! After settling in we wandered down to the Waterfront as we had a boat trip booked to see the Heads. On our way out to the heads we passed by  Thesens Island which greatly reflected The Truman Show. We had drinks while enjoying the views. After the boat trip we headed towards the hostel to avoid the storm that was on the horizon and had a late dinner and headed to bed after the long exciting day. Saturday we had the morning to shop around, and then hopped on the Baz Bus to then catch a shuttle to Oudsthoorn! After an amazingly scenic trip through the Wilderness and along the coastline we arrived in George, after a brief stop we were on the road again and up through the mountains to Oudsthoorn. It is the shortest distance from coastal, mountain terrain to semi desert in all of Africa! We arrived to Annie’s in the late afternoon and spent the evening getting acquainted and learning about what our duties will be for the next week. We ate a very delicious dinner and headed to sleep in our amazingly beautiful accommodations. Sunday morning came slowly as we had our first day to sleep in and it was a great sleep. The morning consisted of a Sunday brunch at Annie’s and then we took Aidan; a local boy Annie is caring for, to The Cango Wildlife Ranch where we saw lions, tigers and leopards oh my! We also had the chance to spend time with Cheetah cubs who were unbelievably cute! The rest of the day we spent hanging out and eating another incredible meal, ending our amazing week with some of the other volunteers and some of Annie’s family!