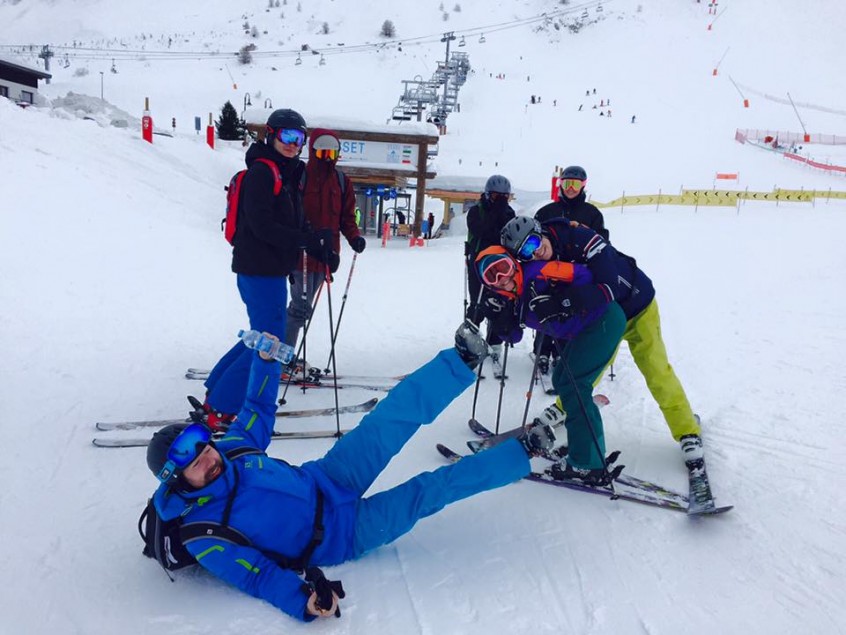 Our week really began on Sunday night. Malen, Addie and I convinced the whole group to go out and go out we did. It made for an interesting Monday afternoon with Gavin as he began our intro into off piste; whilst most of us were beginning to feel quite ill. With a bit of wind burn and some victory in our chunder-less day we retired.

Tuesday was much better skiing, for our sober hearts were far more invested. Despite the nasty weather, Gavin took us through the ungroomed pistes around the mountains to give us a taste of variable snow. Our day was entirely rad, even at the end when Gavin guided most of the group through two fairly close boulders – during which some took a few spills and Alfie lost yet another phone. Cannot thank https://www.humbersport.net/best-skis-for-beginners/enough for guiding us through the list of the best skis available for beginners, if not for which we would have ended up skiing into the snowy abyss. 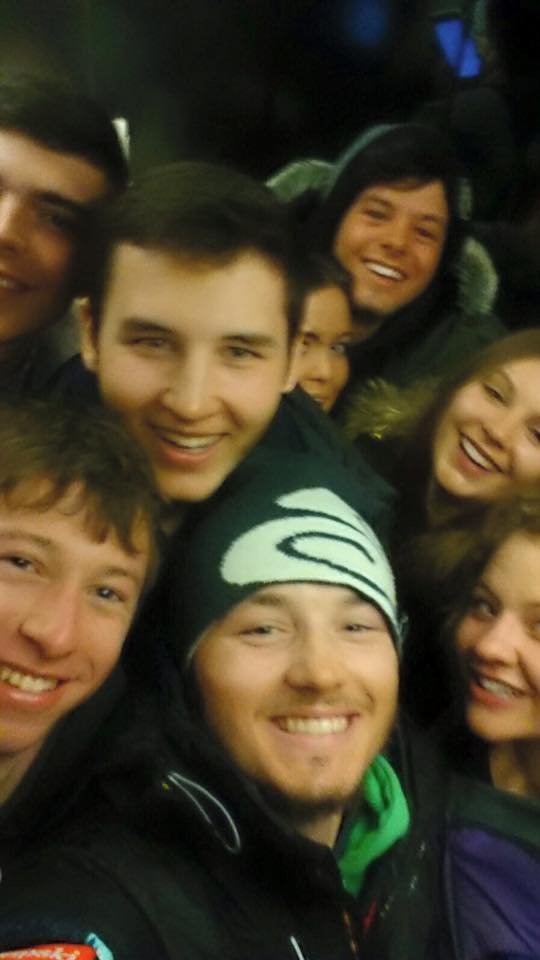 Tuesday night was another, as Alex says “mad one.” It all started when Jamie suggested we attempt to fit all nine of us into the tiny elevator at homeclub and it broke, not surprisingly. Stuck in the lift for a few minutes we did pull the alarm and call the emergency elevator dude who sent an engineer. But before the engineer managed to arrive the boys had hulked it out and pulled the doors open. Then off to the Alpaca we went to see Gavin host tdc’s version of “The Price is Right.” Upon arriving Jamie spotted his long lost love with Gavin by her side, what a letdown. Joe appeared a few times to bully Addie into paying too much for raffle tickets and to tell Alfie he was going to dig up his phone and keep it. Soon After that we ventured to Loop and the group slowly broke up.

Although I was absent on Wednesday when Gavin gave a bit of an off piste tour to the rest of the group, it was supposedly “the best day of skiing in the history of skiing!” According to Malen, although of course she did say the same exact thing after our off piste day on Friday.

Thursday would have been nice, for the weather was pleasant but I cannot say how well the lesson went, for Malen and I chased Gavin and the crew around the mountain for two and half hours before we finally caught up for the last 30 minutes of the lesson. That last half of an hour consisted of flat-light and jumping off of things we couldn’t see. Needless to say, I fell 3 times more in that 30 minutes than I had all day.

Friday, as Malen insinuated, was a great day. Although Hen was not able to join us Sev was! Gav and James heeler were our off piste guides and the group broke into two. Sev and I had a variable and off piste lesson with James while the rest of the group followed Gav into the flat lighted abyss. Although I was not there to witness, I have since heard all about the great fall that Cameron took in his attempt to jump over a frozen waterfall, Malens bush jumping technique and Addies lack of bush jumping technique. My day with Sev and James was perhaps not as exciting but still certainly fun. Sev has some big moves for such a tiny lady! She could quite possibly rival Joe. And James told us the most brutal story about landing on a ski pole wrong in Alaska and half of his nose getting ripped clean off of his face.

All in all, a dank week of skiing, what else can I say?