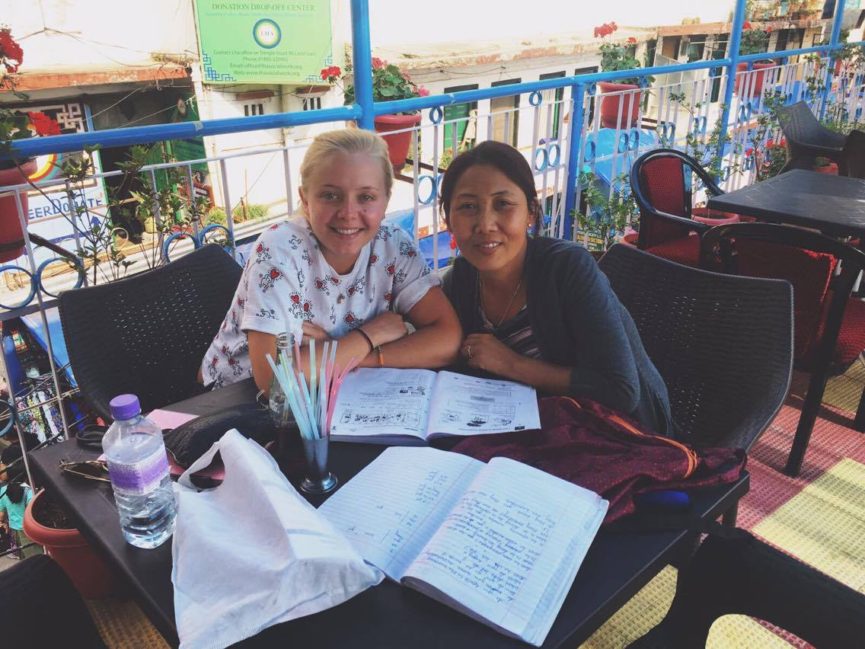 This week our team started their Indian journey, before making their way in to India. Anna shares her summary of the latest week on our Nepal and India Adventure program below.

Albeit sad to wave goodbye to half the group and leave behind the hustle and bustle of Kathmandu, our Indian adventure was calling!

Our flight landed smoothly and, once off the plane, we proceeded in haste of the heat to a modern, air conditioned (hurrah!) metro that took us into central New Delhi in search of our hostel. Relentless noise, vibrant saris and wandering cows greeted us, and after navigating for 10 minutes through the crowds on foot, the infamous chaos of India was abundantly clear.

After a brief turnaround at the hostel we headed out for supper, quickly noting a visible contrast in personality from one street to the next: wide avenues and colonial mansions stood intermingled among a melange of markets and Mughal architecture. We were lead by our stomachs to the first McDonald’s in sight (cultural, we know) but following a month of Dal Bhat in Nepal, we considered ourselves entitled. Satisfied with our culinary choice, we wandered around some shops before taking tuk tuk’s back to the hostel.

Following a relaxed morning on day two, we headed out in tuk tuk’s to the Red Fort- a historical fort that was once the main residence of the emperors during the Mughal dynasty. The afternoon was spent exploring the bazaars and spice markets of Old Delhi and later that night we headed out to the student district of the city, Hauz Khas Village, for a delicious meal at Imperfecto. 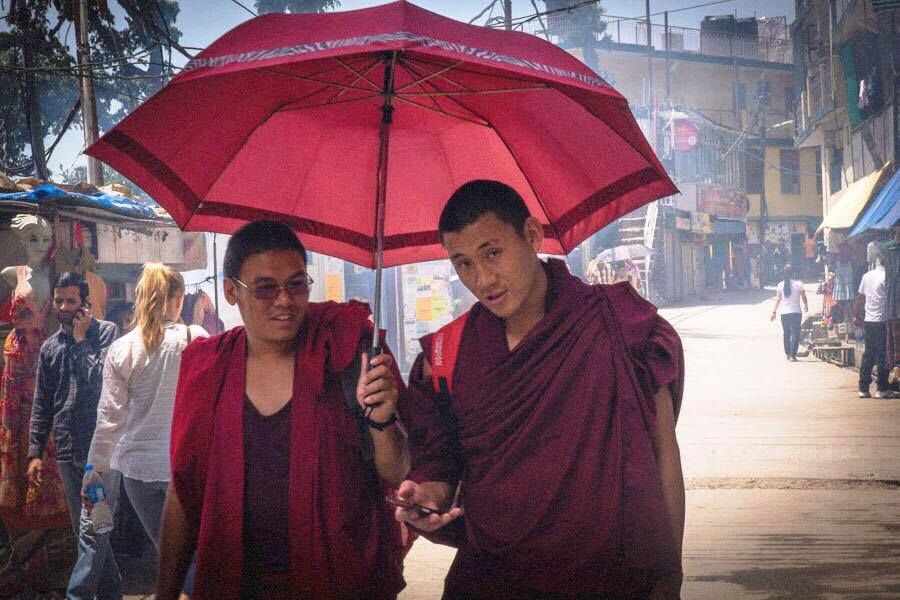 The second leg of our Indian journey took us to McLeod Ganj, a town just up from Dharamsala in the state of Himachal Pradesh and home to both the Dalai Lama and the Tibetan government-in-exile. The journey from Delhi took around 12 hours, and we spent the first night settling into our home for the next two weeks. We awoke the next morning to find ourselves nestled among the mountains and keen to meet the Tibetan refugee students from the LHA institute that we would be teaching for the duration of our stay.

Each of us took on at least one student, individually organising the time and location for our one-to-one lessons each day. Most of us have worked on basic grammar and pronunciation, as well as provided general conversation topics for the students to test out their English abilities. Aside from teaching, we have found time to visit the Dalai Lama temple, hike to the Bhagsu waterfall, try out the many coffee shops around town, take part in early morning yoga, and, perhaps most importantly, learn more about the struggles of the Tibetan people and their non-violent fight for justice and freedom from the oppression of the Chinese government.

While we still have a week more of teaching, there seems to be a resounding feeling that saying goodbye to the students, now our friends, will be extremely hard.