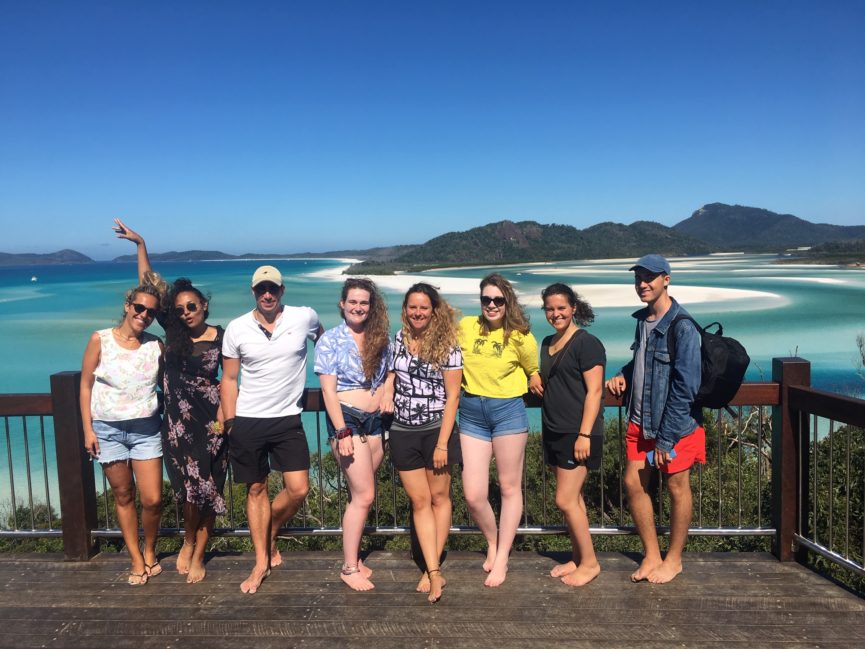 Planning a trip to Australia? Well mate, you are going to need to learn a few things before you visit. Buckle up for an ancient land full of urban wonders. Australia is uniquely unexpected and a delight for the senses.

Perth taxi truck courier is made up of a large team of professional drivers. They have a wide range of different vehicle types at your disposal and their drivers are always on standby to provide express delivery services.

What is the best time to visit Australia?

Australia’s climate varies greatly throughout the 8 states and territories. If traveling between July and August, you might wake up needing a heavy jacket in Melbourne, while in Cairns it would be a muggy 26 C (80F). On top of that, Australia has not been immune to the effects of climate change, which are beginning to wreak havoc on the county, with bushfires and floods becoming a regular occurrence and a sun with a particularly vicious bite to it (make sure to use ample sunscreen- preferably a non-toxic brand to protect reefs and oceans!)

What you need to remember is that Australia’s seasons are opposite times to those in the northern hemisphere. December to February is summer; March to May is autumn; June to August is winter; and September to November is spring.

Plan ahead, and make sure to pack accordingly!

Things to do in Australia for backpackers?

Decades of migration mixed with native ingredients from the land have brought Australian cuisine on the list of some of the world’s best chefs! From kangaroo steak to slurping freshly shucked oysters and high-end restaurants featuring indigenous greens, there is something to try for everyone.

The street art in Australia is world-class. This is especially true in Melbourne, which holds an explosion of color and jaw-dropping talent.

Surfing is as much a part of Aussie culture as beers and BBQs, and there are many places to learn as you explore the east coast.

Explore Fraser Island in a 4×4

So. Much. Fun. The best way to explore the natural wonders of Fraser Island, which include Lake McKenzie, Eli Creek and endless miles of golden beaches.

Sail Around the Whitsundays

The Whitsunday islands are about as close to paradise as you’re likely to find on this planet. Whitehaven Beach is acknowledged as the finest beach in Whitsundays- some say the world! 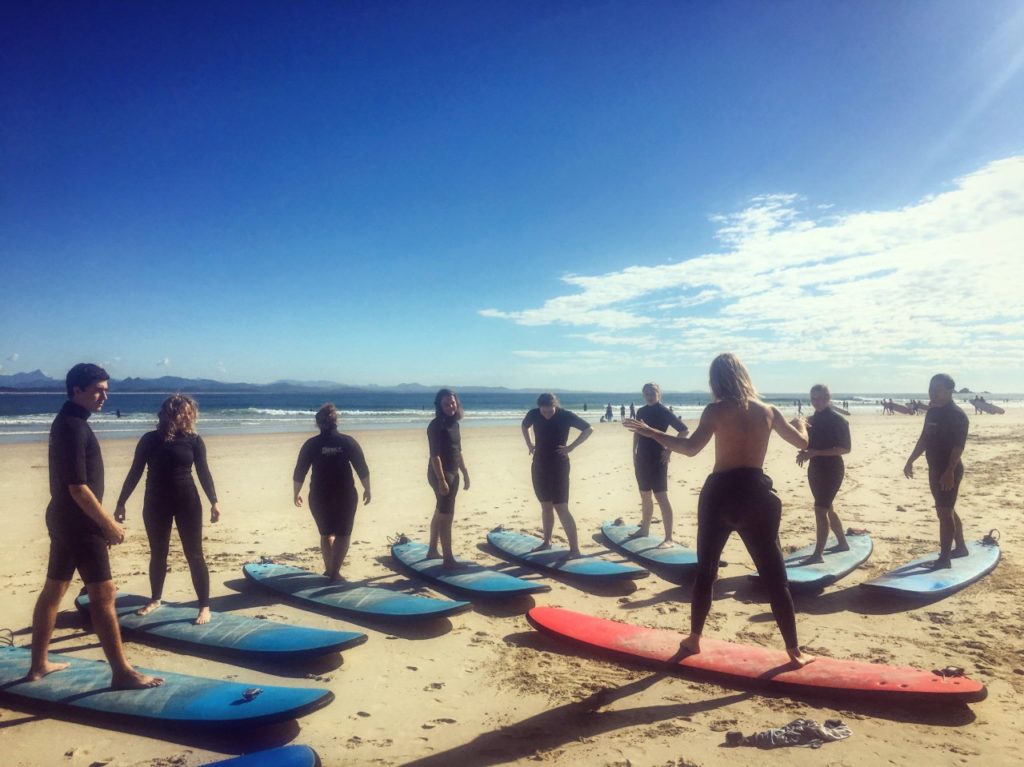 Most beautiful places in Australia for backpackers to visit?

The most popular backpacker route in Australia is the East Coast, which takes most backpackers three months to complete.

Most backpackers’ first stop Down Under. There’s the string of golden beaches that line the coast, the iconic Harbour Bridge and Opera House, and bustling trendy neighborhoods amongst lush parkland. What’s not to love?

This is Australia’s tropical capital, and launch pad to explore Kakadu and Litchfield National Parks. Darwin is home to the infamous Mitchell St, which is a strip of bars, eateries & hostels in the middle of town.

Yet another tropical town with world-class natural attractions. Come to Cairns to snorkel the Great Barrier Reef and backpacking joints centers on the oceanfront.

The gateway to Whitsunday Islands, and of course, a jump into luxury yachting, sailing around the white sand isles and colorful reef. Adventure is the name of the game in Airlie with heart-pumping offerings such as skydives and scuba.

The hippy hang-out, hung on Australia’s most easterly point. Known by locals as a rough translation equal to “meeting place”, it’s a fitting name for the mishmash of young backpackers, holidaying families, hippies and musicians that stroll the streets. Surf at dawn, refine your yoga or gorge on food.

Goldie was built for pleasure. Bronzed locals, 300 days of sun per year, epic surfing and over 52km of sand- welcome to the Gold Coast. Enjoy surfer’s paradise malls, quaint neighborhoods booming with chic restaurants and the lush subtropical rainforest. 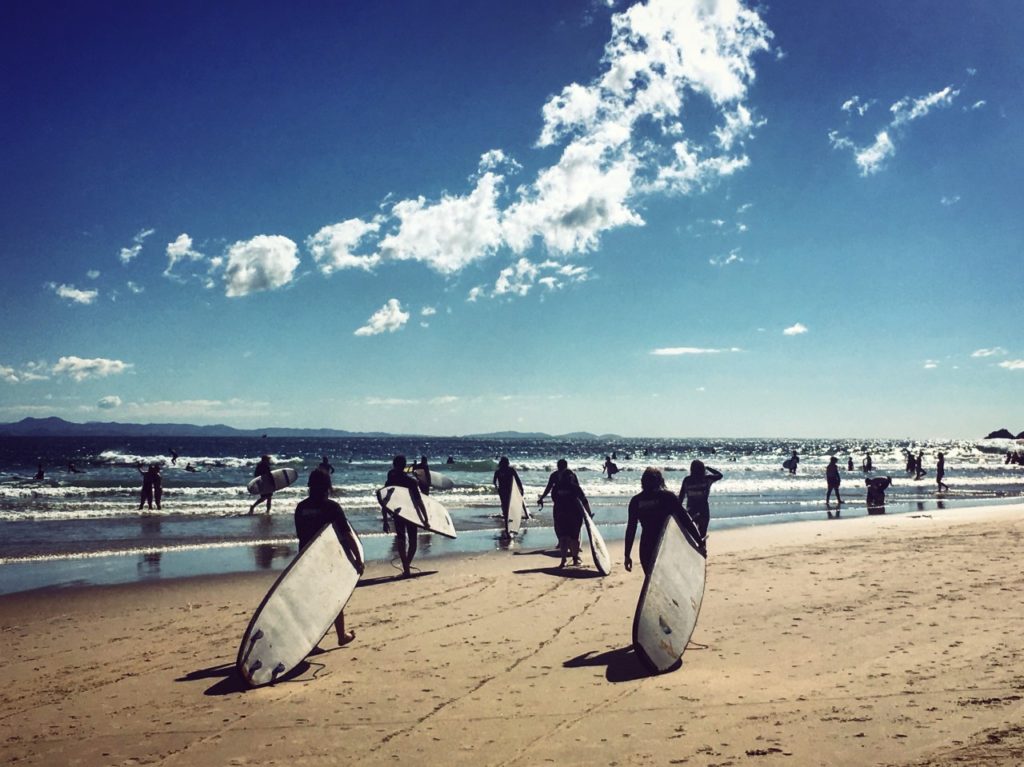 How long can you stay in Australia when backpacking?

If you want to visit Australia, then you’re going to need a visa. Luckily for most countries, the process of getting one is pretty straight forward.

Citizens of most countries are eligible for a 3 month visitor visa, the Electronic Travel Authority (ETA). There is also the opportunity for 18 to 30-year-olds to work in the country for a year on the Working Holiday Visa, and if you do work that is classified as regional for 3 months, you can extend it for another year!

Having said that, you should always seek up-to-date advice from your local Australia Embassy with regards to which visa you need to apply for to avoid getting caught out! 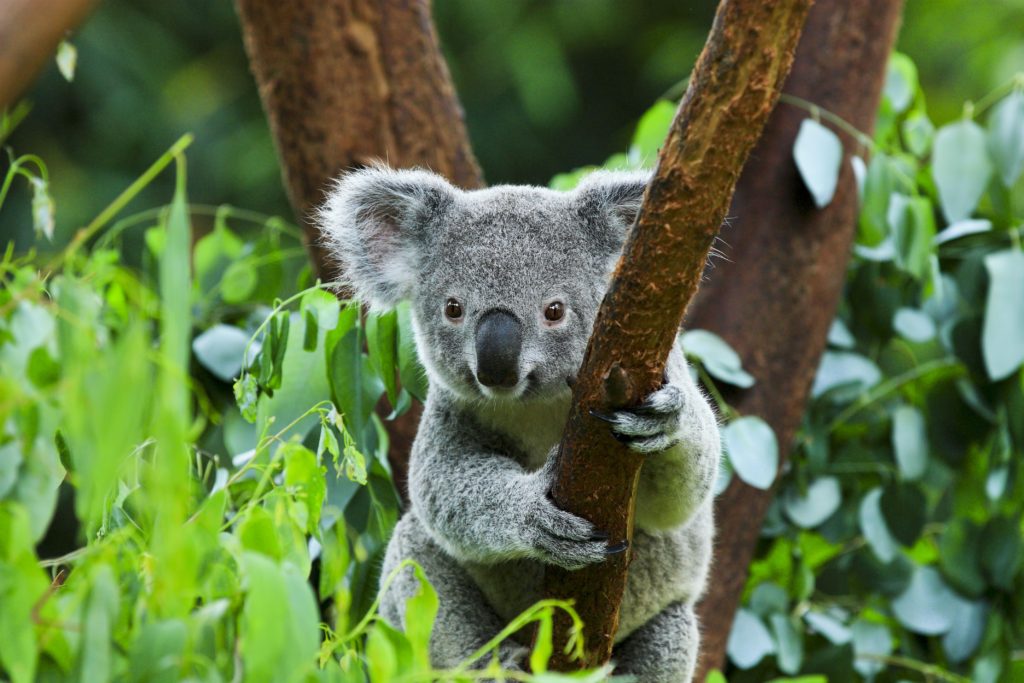 Planning your route across Australia?

Australia is bigger than you think. 12 days may take you to Sydney, Uluru, & the Great Barrier Reef, but you will probably have to save Melbourne for the next time around. Before visiting, you’ll need to make a short list of must-see locations. And, either tackle it by state or coast, to get the most out of the places you’re visiting, or plan a visit for a decent amount of time to see it properly.

Thinking of driving? Did we mention Australia is huge? From Adelaide in the south to Darwin in the north is approximately 1875 miles, or 30+ hours of driving. But, if you have a month or more to travel, there’s a pretty good chance you may end up renting a car at some point. First, you should know that Aussies drive on the left side of the road. Watch out for traffic cameras everywhere, and it’s true, kangaroos are everywhere! Especially in the early morning and late evening.

If you don’t have at least 4 weeks, you will probably be flying from place to place.

Looking to adventure across Australia’s famed East Coast with a group of internationally like-minded individuals? Check out the Australia Adventure tour!